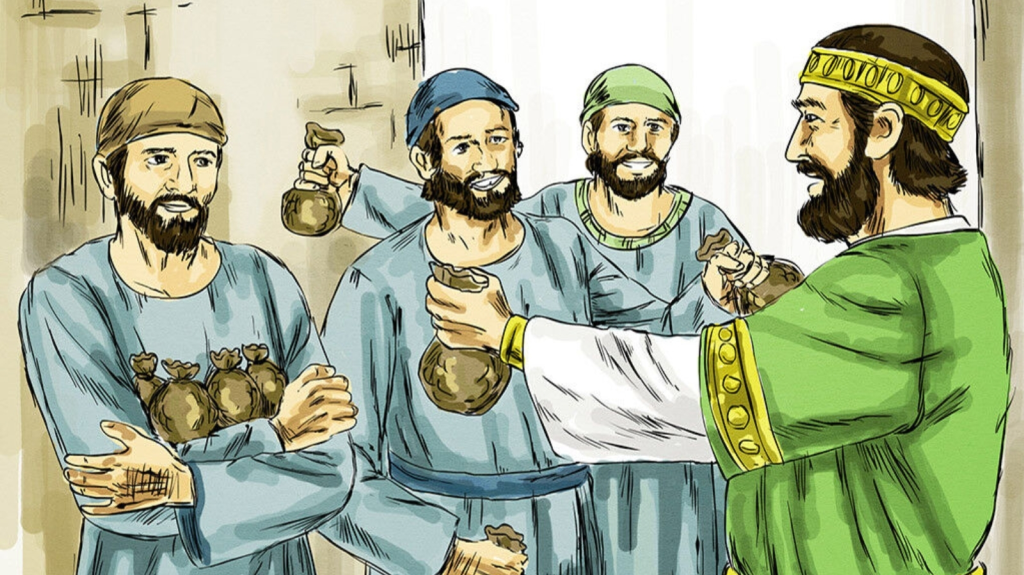 Berean Literal Bible
His master said to him, ‘Well done, good and faithful servant! You were faithful over a few things; I will set you over many things. Enter into the joy of your master!’

King James Bible
His lord said unto him, Well done, thou good and faithful servant: thou hast been faithful over a few things, I will make thee ruler over many things: enter thou into the joy of thy lord.

New American Standard Bible
His master said to him, ‘Well done, good and faithful slave. You were faithful with a few things, I will put you in charge of many things; enter the joy of your master.’

His lord said unto him, Well done

The original word, Ευ, well done, has a peculiar force and energy, far beyond what we can express in English. It was used by auditors or spectators in any public exercise, to express the highest applause, when any part had been excellently performed. (Doddridge).

Those that own and honour God now, He will own and confess hereafter, and their diligence and integrity will be found to praise and honour and glory at the appearing of Jesus Christ.

Thou hast been faithful over a few things, I will make thee ruler, &c.

It is usual, in the courts of princes and families of great men, to advance those to higher offices who have been faithful in lower.
Christ is a master that will prefer his servants who acquit themselves well.

He has honour in store for those that honour him, a crown, a throne, a kingdom.

Here they are beggars: in heaven they shall be rulers and princes.

Observe, the disproportion between the work and the rewards.
There are but few things in which the saints are serviceable to the glory of God, but many things wherein they shall be glorified with God.

The charge we receive from God, the work we do for God in this world, is but little, very little, compared with the joy set before us:

• all our services, all our sufferings,
• all our improvements,
• all the good we do to others,
• all we obtain to ourselves,

and they are but a few things, next to nothing, not fit to be named the same day with the glory to be revealed.

I will make thee ruler over many things.

Better, I will set thee over many things.
The word “ruler” is not in the Greek.

Here again, as in Matthew 24:47, we have a glimpse given us into the future that lies behind the veil. So far as the parable brings before us prominently either the final judgment or that which follows upon each man’s death, we see that the reward of faithful work lies not in rest only, bat in enlarged activity.

The world to come is thus connected by a law of continuity with that in which we live; and those who have so used their “talents” as to turn many to righteousness, may find new spheres of action, beyond all our dreams, in that world in which the ties of brotherhood that have been formed on earth are not extinguished, but, so we may reverently believe, multiplied and strengthened.

Enter thou into the joy of thy Lord

Into this joy glorified saints shall enter, that is, shall have a full and complete possession of it; as the heir, when he comes to age, enters upon his estate.
Here the joy of our Lord enters into the saints, in the earnest of the Spirit, but shortly they shall enter into it, and shall be in it to all eternity, possessing fulness of joy and unspeakable pleasures for evermore.

The words are almost too strong for the framework of the parable.
A human master would hardly use such language to his slaves.

But here, as yet more in the parable that follows, the reality breaks through the symbol, and we hear the voice of the divine Master speaking to His servants, and He bids them share His joy, for that joy also had its source (as He told them but a few hours later) in loyal and faithful service, in having “kept His Father’s commandments” (John 15:10-11). 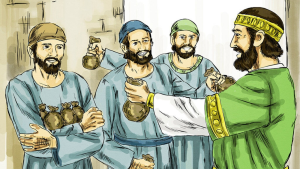