1 Thessalonians 1:4-8
(4) knowing, brethren beloved by God, His choice of you; (5) for our gospel did not come to you IN WORD ONLY, but also IN POWER and IN THE HOLY SPIRIT and WITH FULL CONVICTION; just as you know what kind of men we proved to be among you for your sake.

When the word of God came to you, how did that affect you?

Did you receive a watered down gospel telling you that God is a kind of Santa, who when he comes will bring you sweets and presents?
In the meeting you had a FEELING that you were blessed, but the next day at work it was the same routine all over again. Actually nothing changed. Literally, you are still the same sinner.

Or did the Word come to you in power, in the Holy Spirit, and with real authority. And did the word convince you of your sins making you to REPENT to the point where you KNEW that you received forgiveness and did you really experience His love and the indwelling of His Spirit?
When you received this, it is there to stay. Also the next days. You have really changed.
You just can’t stop telling, to all who are around you, what happened, and they will see the change in you.

Power and authority are by many misunderstood as well. I cannot count the times that I saw a preacher doing wrong to the word, by screaming, hitting the pulpit, or stamping their feet, thinking that that showed authority, while in reality it showed no more than childish behavior.
Ever seen a man of authority in the world act like that? How than should it be with men with God’s authority!

(6) You also became IMITATORS of us and of the Lord, having RECEIVED THE WORD in much tribulation with the joy of the Holy Spirit, (7) so that YOU BECAME AN EXAMPLE to all the believers in Macedonia and in Achaia.

I know that many will feel their shortcomings now. Understand what is happening. I’m not pushing you down by giving you a bad feeling, but God’s Spirit is showing you where and how you can improve. In fact what you are still missing, and what He wants you to have.
Before you can correct, and before you can ask, you need to see what is missing, or what can use improvement.

(8) For THE WORD OF THE LORD HAS SOUNDED FORTH FROM YOU, not only in Macedonia and Achaia, but also in every place your faith toward God has gone forth.

This means that your faith in God has become known everywhere. Did it?
I know that in some countries they will even kill you for it, so you need wisdom. But when you are living in a place where you freely can share what God did for you. I would say use the chances that God gives you.

What kind of reputation do you, and does your church have?
The church at Thessalonica was only a few months old and its reputation for sharing their faith had become known all over the Roman Empire.

Now, that’s the kind of reputation I want. How about you?

But you can only reach that, when you first received the Gospel yourself and not a fake watered down motivational message.

Prayer suggestions:
— Ask God to fill our hearts with the power of the Holy Spirit, so that with sensitivity and courage we may share the good news of His grace in Jesus Christ.
— Ask God to be with our missionaries, our ministers, and all of our members so that we may display and declare the Gospel of salvation to our friends, our neighbors, and people all over the world. 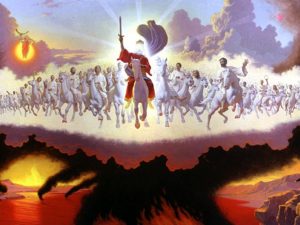 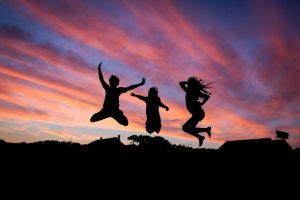 A Secret to Your Next Miracle?