Matthew 7:21-29 NASB
²¹Not everyone who says to Me, ‘Lord, Lord,’ will enter the kingdom of heaven, but he who does the will of My Father who is in heaven will enter.
²²Many will say to Me on that day, ‘Lord, Lord, did we not prophesy in Your name, and in Your name cast out demons, and in Your name perform many miracles?’ ²³And then I will declare to them, ‘I never knew you; depart from Me, you who practice lawlessness.’

Not my will be done, but yours, O LORD!

What could be more beautiful than saying to the Christ ‘Lord, Lord!
After all, naming Him ‘Lord’ is more than just a title; It is also an expression of reverence and dependence. This is further reinforced by using it twice.
Isn’t it strange that Jesus criticizes this?

No! Even the strongest display of reverence and dependence is no match for doing the will of the Father.
Honoring Him with words is not enough to enter the Kingdom of God!
It is about acts of faith and obedience.

But what are we to do with Matthew 7:22?
Doesn’t it speak of doing amazing things, and that all in the name of Jesus?
Are these not acts of faith and obedience?

In Matthew 7:23, Jesus tells the “Lord, Lord” sayers that He never knew them.
Of course, He does not mean by this that He is ignorant of their existence.

‘Not knowing someone’ should be seen in the Old Testament sense of ‘not having a relationship with someone’. The Lord Jesus and these people did not know each other heart-to-heart.

It must make us think that one can apparently live on the edge of salvation and even call on the name of Jesus for doing all kinds of powers, without having that name as a protection above one’s own life.
Although you know His name as the only name for salvation (Acts 4:12; John 17:3), and you are doing miracles in His name, when you don’t have a personal relationship, He doesn’t know you.

Living in the vicinity of God’s Kingdom is still: not within it!
And then, no matter how neatly one has lived, one is still a ‘worker of iniquity’ (cf. Romans 14:23).

The question is: Are you building a house on sand or on the Rock?

When those two houses are finished, there may be hardly any difference in appearance. But it’s not what’s above the ground that matters, but what’s below.

So you see how important it is, in everything, to only build on the Rock Jesus, to be united with Him, from heart to heart (John 6:67-69). And to be obedient to Him, not based on knowledge by the mind, but on the relationship by heart. 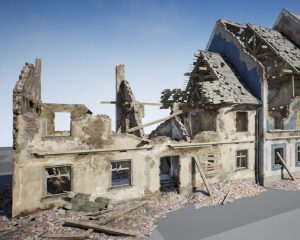 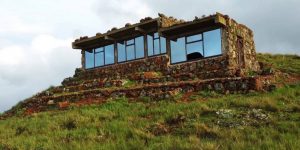 Where are you building?