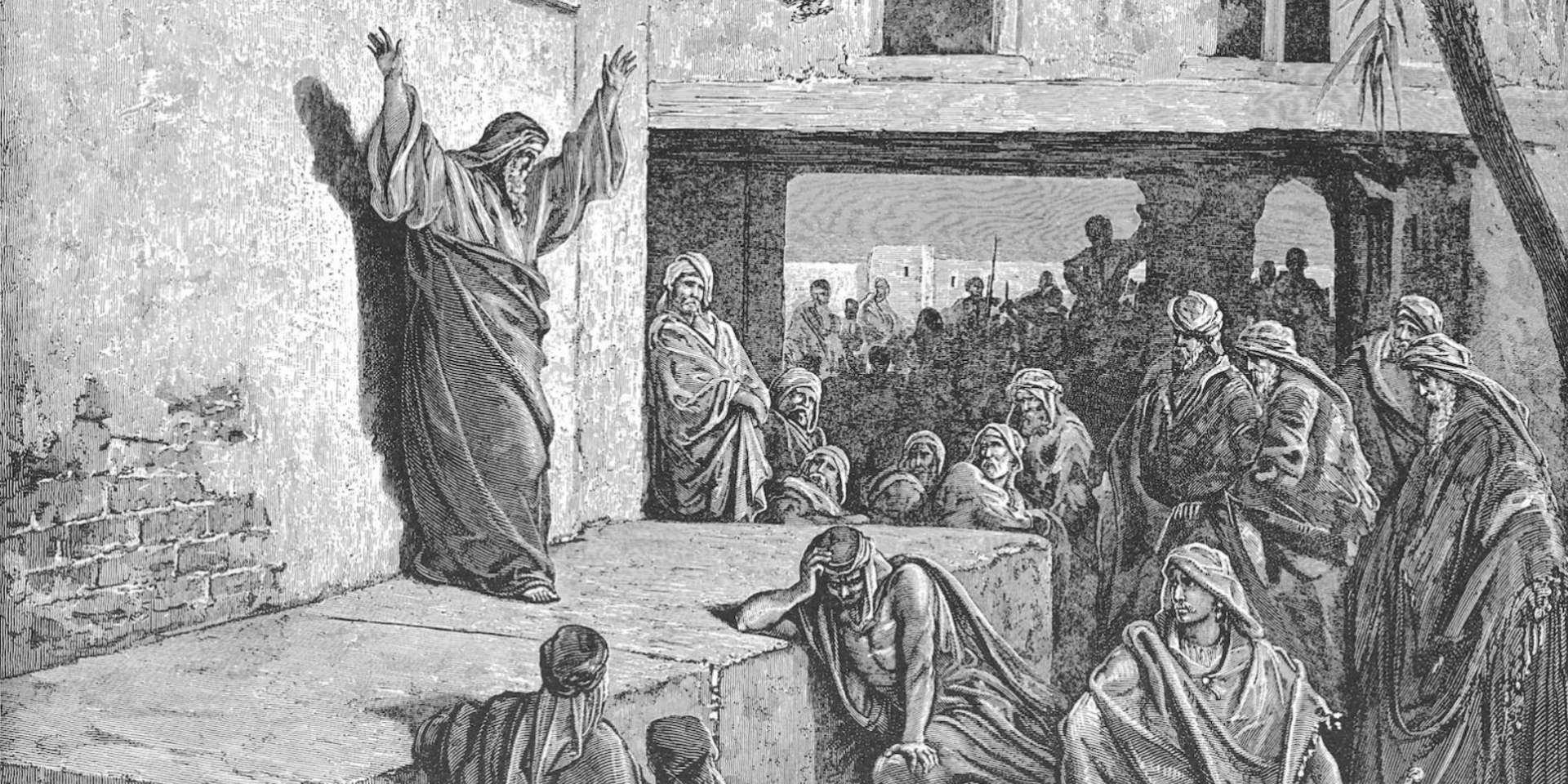 In the coming days we want to reflect on the message that we find in the old Testament book of Micah.

The man whose prophecies we want to consider in the coming days bears the telling name: Micah. Micah is short for the Hebrew Micaiah, which literally means: “Who is like the Lord?”. A beautiful name.

A name, with a confession.
Apparently, Micah’s parents feared Israel’s God and at the birth of their son they knew the inner desire to pay homage to God’s incomparable greatness and glory.
At the same time, in that name was a strong protest against idolatry, that the people of God’s covenant were more and more following.

As his name was, so was Micah’s preaching.
A fervent plea to recognize the greatness and glory of Israel’s God and bow to Him alone.

Certainly, there is an awful lot that competes for our hearts.
But … who is like the Lord?

I hope that as we consider the prophecy of Micah in the coming period, we will learn and notice that the Word he brought is also bending over our lives with authority.

Micah 1: 1 KJV
The word of the Lord that came to Micah the Morasthite
in the days of Jotham, Ahaz, and Hezekiah, kings of Judah,
which he saw concerning Samaria and Jerusalem.

Micah’s name was very common at the time, which is why it includes the addition, “the Morastite,” to distinguish it from other Micahs. Micah was born in Moresheth-Gath (meaning: Possession of the wine-press), a city of Judah, a village located in the countryside of South Judea near the Philistine city of Gath (probably a suburb of Gath).

Micah the prophet of the tribe of Judah served in the work of the Lord concerning Judah and Israel for at least thirty years: during which time also Isaiah prophesied.
He declares the destruction first of one kingdom, and then of the other, because of their manifold wickedness, but chiefly because of their idolatry.

And to this end he notes the wickedness of the people, the cruelty of the princes and governors, and the allowing of the false prophets, and the delighting in them.
Then he sets forth the coming of Christ, his kingdom, and the felicity of it.
This Prophet was not that Micah who resisted Ahab and all his false prophets, (1 Kings 22:8) but another with the same name.

The events recorded in Micah cover a period of 40 years (Ussher).

As already mentioned, Micah was a native of Moresheth. This is not the same place as Mareshah, which is mentioned in Micah 1:15. Mareshah lay near Eleutheropolis, west of Jerusalem, on the border of the Philistine country; it so called to distinguish it from Moresheth of Judah.

Micah’s full name is Micaiah; not the Micaiah mentioned in 1 Kings 22:8.
He prophesied during the reigns of Jotham, Ahaz, and Hezekiah, that is, between 757 and 699 B.C. (Jeremiah 26:18).
He was therefore a contemporary of Isaiah and Hosea.

The idolatries practiced in the reign of Ahaz accord with Micah’s denunciations of such gross evils, and confirm the truth of the time assigned Micah 1:1 (Samaria), partly against Judah.

Samaria, Israel’s metropolis, was taken first, and Jerusalem, the capital of Judah subsequently, in the introductory heading, Micah 1:1.
He prophesies the capture of both; the Jews captivity and restoration; and the coming and reign of the Messiah.

His style is full, round, and perspicuous; his diction pure, and his parallelisms regular.

Micah stands sixth of the minor prophets in the Hebrew canon, but third in the Septuagint.

But what makes Micah a prophet is not his name, parents, or parentage.
We read directly in the first line: “The word of the Lord came to Micah”
God Himself has laid His hand on his life. The Lord spoke to him and then Micah could not remain silent.
Only because of the Word that God gave him, is Micah in the light.