Luke 12:1‭-‬12 ERV
In the meantime, many thousands of people came together. There were so many people that they were stepping on each other. Before Jesus spoke to the people, he said to his followers (to His disciples), “Be careful of the yeast of the Pharisees. I mean that they are hypocrites. Everything that is hidden (that is covered) will be shown (will become visible), and everything that is secret will be made known. What you say in the dark will be told in the light. And what you whisper (in an ear) in a private room (behind closed doors) will be shouted from the top of the house (from the rooftop).” Then Jesus said to the people, “I tell you, my friends, don’t be afraid of people. They can kill the body, but after that they can do nothing more to hurt you. I will show you the one to fear. You should fear God, who has the power to kill you and [after killing] also can throw you into hell. Yes, he is the one you should fear. “When birds are sold, five small birds cost only two pennies. But God does not forget any of them. Yes, God even knows how many hairs you have on your head. Don’t be afraid. You are worth much more than many birds (you are more important than a lot of birds). “I tell you, if you stand before others and are willing to say you believe in me, then I will say that you belong to me. I will say this in the presence of God’s angels. But if you stand before others and say you do not believe in me (if you do not want to tell people that you belong to Me), then I will say that you do not belong to me. I will say this in the presence of God’s angels. “Whoever says something (insulting things) against the Son of Man can be forgiven. But whoever [deliberately] speaks against (offend) the Holy Spirit will not be forgiven. “When people [capture you and lead you] into the synagogues before the leaders and other important men (those who rule and have power), don’t worry about what you will say. [For] the Holy Spirit will teach you at that time (at the right time) what you should say.”

Throughout Luke 12, Jesus warns and encourages his followers. In this Bible passage, He speaks of the danger of hypocrisy and fear of people who may attack them.
Jesus had already endured much enmity on the part of the Pharisees, and that enmity would only increase. That is why He is addressing His disciples here first.

Luke 12:1 AMP
In the meantime,
after so many thousands of the people had gathered
that they were [almost] stepping on one another,
Jesus began speaking first of all to His disciples,
Be continually on your guard
against the leaven of the Pharisees
[that is, their pervasive, corrupting influence and teaching],
which is hypocrisy [producing self-righteousness].

Recklessness and pride are real dangers for people who work for the Lord Jesus.
Success threatens the true blessing of God.
Earlier, Jesus warned his disciples who were sent out before Him (Luke 10:1,17-20).

We humans can be so easily deceived and pretend to be more important than we really are. That is a deception of the devil. But the Lord will expose all hypocrisy on the day of judgment

So not hypocrisy, but sincerity.

Fear of people can lead to denial of Jesus. Just think of Peter on the night when Jesus was condemned (Matthew 26:69-75)
Indeed: “Fear of people brings a snare”

Proverbs 29:25 AMP
The fear of man brings a snare,
But whoever trusts in,
and puts his confidence in the Lord,
will be exalted and safe.
(is put in a safe fortress)

But remember: human power is limited. They can only kill the body

Luke 12:4 AMP
I say to you, My friends,
do not be afraid of those who kill the body
and after that have nothing more that they can do.
(cannot do anything after that).

God’s power extends over death and grave.
We should not let ourselves be instilled in fear of persecution, but in fear of the consequences of denying faith.

Luke 12:5 AMP
But I will point out to you whom you should fear:
fear the One who, after He has killed,
[Also] has authority and power to hurl [you] into hell;
yes, I say to you, [stand in great awe of God and] fear Him!

But don’t deny your faith, because you know that God wants to take care of you here and now.

Luke 12:6‭-‬7 AMP
Are not five sparrows sold for two copper coins?
Yet not one of them has [ever] been forgotten in the presence of God.
Indeed the very hairs of your head are all numbered.
Do not be afraid; you are far more valuable than many sparrows.

Fear of men is a snare, but anyone who trusts in the Lord is untouchable. (Proverbs 29:25)

You can turn to Him in any situation.
The Holy Ghost will tell you what to say in your defense

Luke 12:11‭-‬12 AMP
When they bring you before the synagogues
and the magistrates and the authorities,
do not be worried
about how you are to defend yourselves
or what you are to say;
for the Holy Spirit will teach you in that very hour
what you ought to say.

And as for the day of judgment; confess here and now Jesus as the Christ, then the Son of man, the Judge of the end times, will take it up for you

In the care of the triune God you will be safe – today, tomorrow and always. 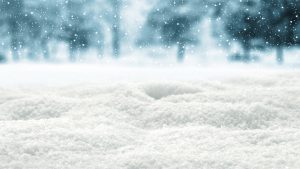