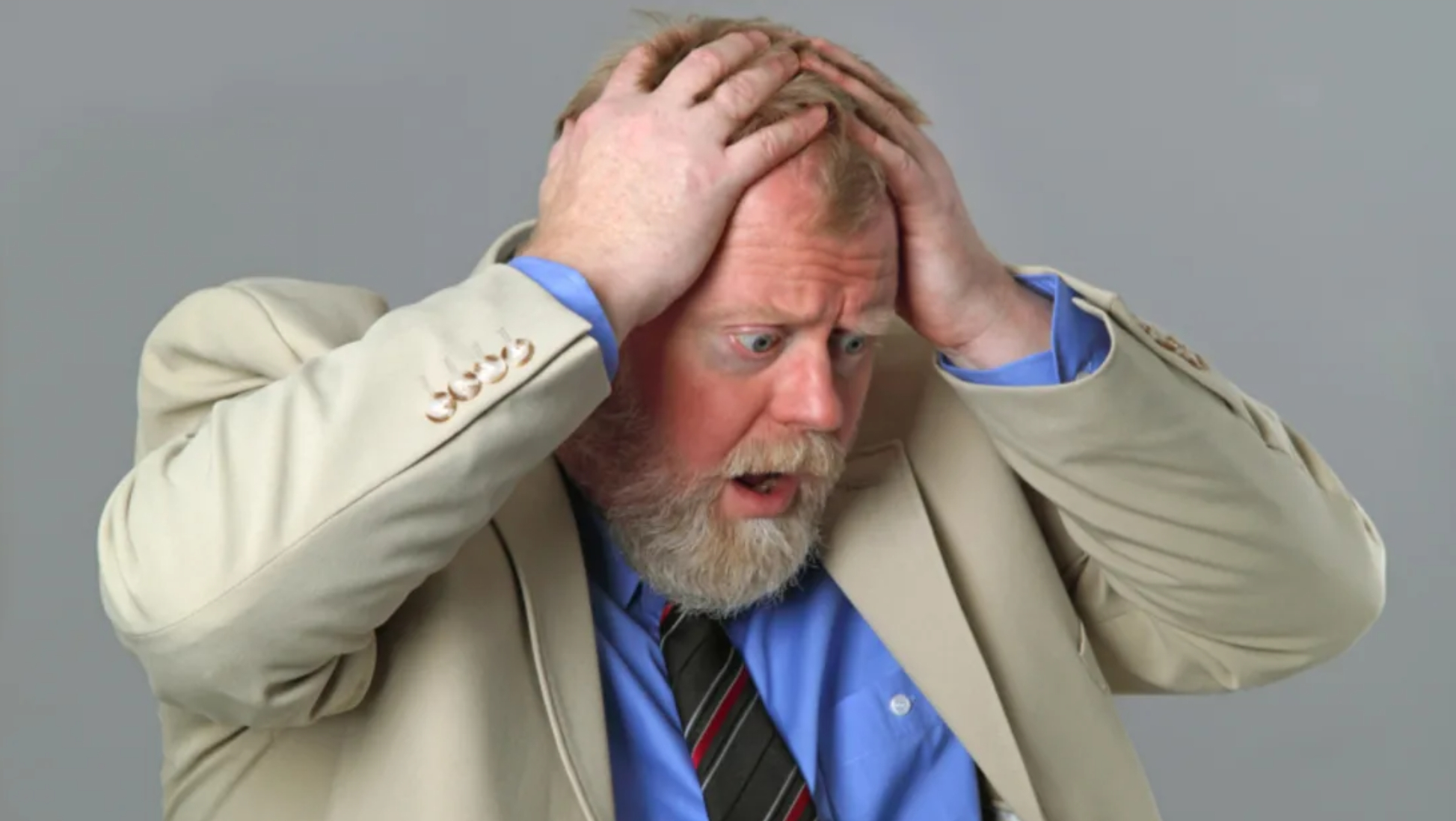 This afternoon (September 21, 2019), about two hours ago, I received from brother Joseph Kporhotor from Warri Nigeria, the following story, and I like you to read this as it connects with my recent messages.

He did not write this himself either, but received it of one of the youths in his church, who posted it on their WhatsApp group.

I wish to share it with you, and hope, you on your turn, will share it again with others. Have a great day and heed its warning. Shalom!

AT LAST HE MISSED IT
Please read, so it won’t happen to you too.

It all happened on Sunday morning; it rained the previous night. I slept late on Saturday night and thus, woke up late. My church service starts by 8am but when I opened my eyes, it was exactly 8:12 am. I sprang up from my mattress, removing my bedspread as quickly as I can and didn’t even bother to bathe. Brushing my teeth within ten seconds, I wore my already pressed clothes and ran off to church.

My roommate was still sleeping but I didn’t think he planned going to church at all. So without saying goodbye or waking him up, I left the room.

When I stepped out, I saw some young students of the fellowship who meet in front of my hostel. They were just setting up in preparation for their service. I think they start theirs around 9am. The way the weather was, with the clouds dark and heavy, everywhere looked gloom and quiet but in my hurry, I took no time to observe or relish the remarkable atmosphere. As I walked and ran on the tarred narrow road, just some distance from my hostel, I saw two girls sitting on a pavement and crying. They were dressed for church but with the way they sat and clinged to each other, weeping, I doubt if they would still go to church that day.

Though many passersby like me walked and paused to stare at them, they were clearly unconcerned. They cried uncontrollably that even their shouts of pain made my heart flutter. I thought about going to them and trying to console them but I was late for service myself.

My conscience tortured me a great deal but when I glanced at my wristwatch, it was already 8:32 am. ‘I am late. I have to go’. I told myself as I continued on my path. Well, after few minutes, I made it to church eventually.

Except for a guy I saw who rested his head against a wall by the road, I didn’t notice any other strange thing till I got to church. But when I entered the church, it was another sight I beheld.

The backdrop of the altar and the designs of the pulpit and walls of the venue were already set up but I didn’t. see the Pastor. In fact, I didn’t see any of the church leaders. The church was scanty. Except for two ushers and three choristers I saw, most of the workers I knew were not present. There were some members present though. But every single person in the building was looking lost. The brother beside me was even shedding tears without crying.

I too was getting afraid. And then all of a sudden, a lady cried out just behind me. It was so sudden and the sound was so laced with pain and fear that I was afraid the worst had happened.

This is when I dropped my Bible on a chair and had a deliberate look of the whole church. In the left corner of the front which was designated as choir stand, three sisters placed their heads on the table in front of them; shaking their heads and body in that manner some people do when praying silently Just behind them was yet another sister who sat on the bare floor, with one of her shoes nowhere near her. Even her scarf was hung around her neck. I recognized the sister. She led choruses in the evening service we had the previous Thursday. But now, the sweet voice I heard turned to a painful mutter of incomprehensible words. She held on to the corner of a table with her two hands, and wept as she said things I didn’t understand.

At this point, I knew this could only mean one thing but I didn’t want to believe it. I couldn’t just bring myself to believing it. I couldn’t. I was still pondering on what all these mean when an older man sitting two chairs before me stood up suddenly and shouted with a voice crackled, broken and almost lost. ‘Lord God! Please have mercy!’ By now, my heart was heavy and I could not explain a certain fear that clinged to my heart.

To remove all doubts, I approached one of our ushers so I can ask for explanations. I almost stopped in my stride as I became afraid of what his answer might bid for me. I walked to the rear of the church and stood in front of him but he didn’t even take notice.
His eyes were opened, he was looking at me but with his empty and hopeless gaze at nothingness, I realized he was looking through me. I called at him and touched the shoulder of his right hand before he blinked and looked at my face.

‘Please Bro Paul what is happening today? Is the service elsewhere?’ I asked with a voice fearful and low. The usher dropped his eyes from looking at me and shook his head. New tears began to streak through the corner of his eyes and his lips shook as he tried to hold himself from complete breakdown. He raised his head again and returned his eyes, with tears, to me. He started to speak but lost his voice again. ‘My brother…’ He finally managed to say. He held his very wet handkerchief to his face as he tried to stop the infinitely – flowing tears. Then he heaved so deeply I thought I heard his lungs relax. ‘Bro Victor…’ He started again amidst silent sobs. ‘…we are lost. The Rapture has happened. We are doomed for life’. Though I knew all along this would be the news, hearing it with my ears broke my heart. I mean I felt it in my heart. My heart sank, ached and broke. I staggered and almost lost balance as I moved backwards, trying to hide from the weight of the news; trying to escape from the impending doom the usher pronounced.

But he wasn’t done. The usher released all the pent up tears of anguish and pain he has bravely been holding back and cried with all his might. All I could make out from his voice was ‘God, Please. God, Please’. He said it over and over again amidst sobs and cries. As if to really show he was really desperate, Bro Paul threw himself on the ground and prostrated full with his two hands clasped and his eyes looking to the heavens. He begged God again and again, asking for mercy and pleading for another chance. He cried and wept continuously and when he couldn’t say anymore, he just lied there and cried.

By now, I had managed to sit down on a bench placed behind the church as I looked around in unbelief. I didn’t shout or cry at first. I just sat there looking around with tears already blocking my visions. My nose became clogged with phlegm and my throat was dry.
With tears flowing down my cheek, I raised my hand to my mouth as I tried to hold myself from weeping. But it did no good.

I cried, cried and cried quietly, still with my hand holding back my mouth from releasing. my voice with the pain and regrets it held. Many thoughts crossed my mind – the fire of hell, the great tribulation, the suffering that awaits and many others but only one stayed. I realized I would be alone in the world now. My mum would be gone. My dad would be gone. All my sisters and brothers would be gone. While only I remained just because I found pleasure in sin.

The sudden loneliness this realization brought to my heart crushed it forever. I dropped my hands from my mouth and cried. Oh! I cried like I never did. I wept and called out to God to forgive me but even I knew I was lost forever. ‘Had I known! Had I known!’ The thought tortured me. Liquids dropped from my nostrils and tears from my eyes, a heavy ache hammered at my chest as I cried again and asked to be forgiven of all my sins but even then I knew there is no respite for me.

In the blur of my vision, I saw the sister-chorister still kneeling and recognized her voice as she sang that hymn of warning we always sang in our church. With her broken voice, sobs and tears between the words of the song, she added more pain to my already damned soul. ‘…oh! what a weeping and wailing, as the lost were told of their fate, they cried for the rocks and the mountains. They prayed but their prayer was too late…’ She sang on and on.
The song had no melody this time, just sorrow. I stopped my ears with my hands and refused to hear more but the lyrics taunted me still. I knew all my prayers were useless but I anguished and cried to God more loudly.
It was in the middle of this other round of hopeless tears and prayers that I laid my head on the table and slept for sorrow.

When I woke up, I was on my bed, back in my room. My pillow and covers cloth were soaked in my own tears. Though I wasn’t wearing any clothes, I was covered in sweat. I searched for my phone and glanced at the clock. It was 4.22am. I had barely slept for three hours.
I realized It was all a dream but the relief that filled my heart was swiftly replaced with a great fear. I stood up from my bed and looked around but nothing seemed out of place. I saw my roommate still sleeping with earphones still plugged to his ears. I looked outside and saw it was indeed darkest in the dawn.
Having made sure I was still safe and not lost yet, I knelt beside my bed, used my pillow to cover my mouth and cried in desperate prayers. I prayed to be saved before it is too late. I knelt that way, weeping and asking God for mercy until I slept off.

And indeed when I woke and looked at my time, it was 8:12am and I was late for church…

Seek God while He may be found.
Call upon him while he still listens.
Make your ways right with God before it is too late and you are lost forever.
The pain I tried to write into this fiction is negligible when compared to the pain that awaits all those who miss the rapture or die without salvation.

You have a chance today. Take it.
Repent and be save

**Please share, copy and paste or forward, just make sure everyone reads.

Tags: Chance In need of repentance Rapture Too late