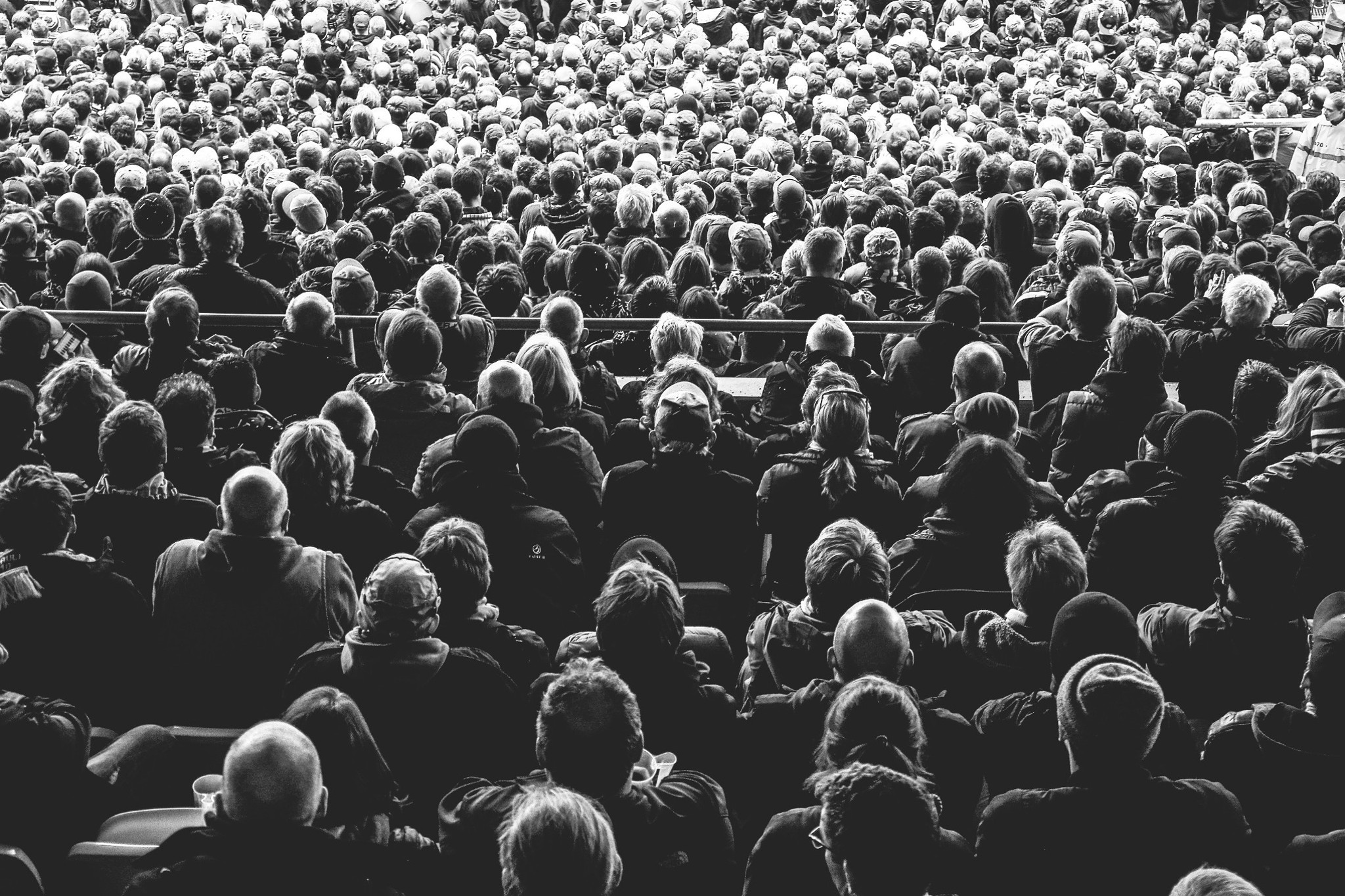 Let me tell you a story.

I was walking in a city and there were I think tens of thousands of people walking in the streets. It was very busy .

On the side, against the building was an old beggar sitting asking for donations for his living. I could hear him softly pray that he would receive enough to live one more day.
And thousands more were there. All busy with themselves and going their way.

Actually I was amazed that except the beggar nobody was thinking about God. They all had only eyes for themselves and their plans.

Then suddenly the scene changed

Everything turned ash grey.
The people were not dressed nicely anymore but were all dressed in torn, old rags. Dirty as if they were rolling in the mud. Even the bank director had nothing glamorous anymore. Just old, torn, and very dirty rags. And there was a kind of blackness surrounding each of them.

When I looked closer at those people I was shocked to see them. They were ugly. Some had a face like they were hurting or afraid. Others had a very mean expression and were even stealing from the others who were on that road.

Then I saw a reflection myself in a shop window. Different from all others I was like the old beggar, dressed in new pure white clothes.

We saw, that when touching them, we did not get dirty and they didn’t get any cleaner. We personally really couldn’t do anything for them. They all needed Jesus. They all needed to repent of their sin.

We spoke to many of them, but they didn’t take our warning seriously. In stead, they made fun of us.
Some of them got even angry with us for intervening with their way of life.
Some shouted angrily bad words and even hit us.
They were blinded for the state they were in. They didn’t see the dirt on them. They didn’t see the old rags they were clothed in.

Still we kept warning them till we in the end had to take a rest. We both sat down crying because we were not able to warn any of them for the destruction they were heading for.
They all thought they knew better and continued on their way to hell.

Now about you.
Will you let me warn you?
Will you listen?

Will you work with me to warn others that this age of grace is going to end?
Or will you continue on your way to destruction?

I hope you don’t belong to the ones who think they know better.