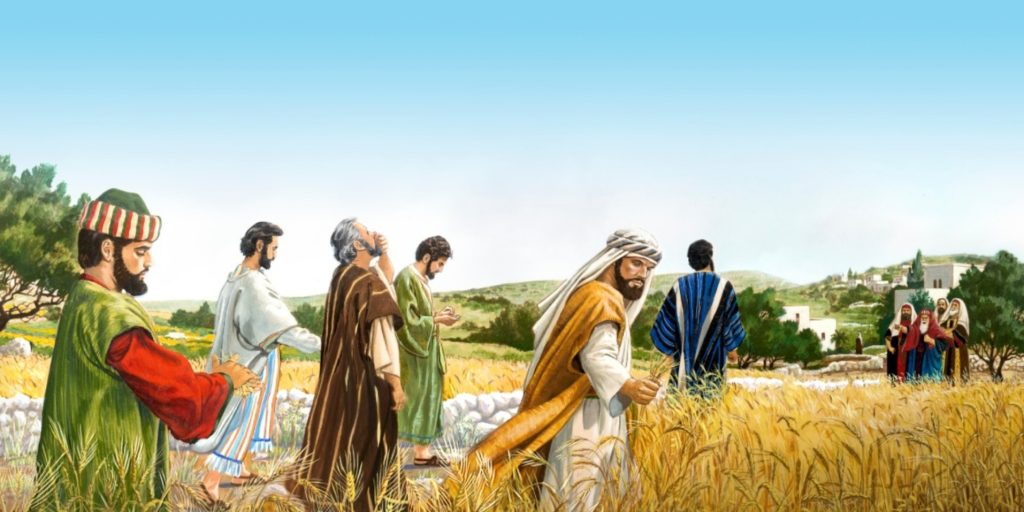 God could have given us a law book of commandments and prohibitions instead of the Bible. Our lives would then have been determined by all kinds of rules. But He didn’t.

He wanted to build a relationship with us based on love!
The Bible is so precious because in it we see that God is always looking for a relationship of love between Him and people.
Many Pharisees lived solely in the realm of rules.
That clashed with our Savior’s attitude.

The conflict is intensifying.
Initially, the Pharisees tried to influence the disciples as to their Master’s conduct (Matthew 9:11). Now they try to attack the Savior for the behavior of His disciples (Matthew 12:1,2).

Jesus walks through the cornfields on the Sabbath. The disciples pluck ears. In itself it was lawful to pluck off the standing wheat of another (Deuteronomy 23:24,25).

The Pharisees are not bothered by the plucking as such, but by the fact that it is done on the Sabbath (Matthew 12:1,2).
They identified 39 kinds of work – also subdivided again and again – that were forbidden on a Sabbath. This also included harvesting. They place God’s commandments in a legal framework (cf. Matthew 15:1-9).
Anyone fixated on rules automatically develops a critical attitude.

But Jesus makes it clear that you can’t just apply rules.
Once David was hungry. Then the priest Ahimelech could only give him the holy showbread (Matthew 12:3,4; 1 Samuel 21:1-6). The showbreads were exchanged for fresh ones on the Sabbath, and the old ones were to be eaten only by the priests (Leviticus 24:5-9). But necessity breaks law.

Jesus wants us to live God’s commandments in the context of mercy (Matthew 12:7; 1 Samuel 15:22; Hosea 6:6). Where do we put the emphasis? On laws and rules?
Or are we primarily concerned with a relationship of love to God and our neighbor?