There appear to be eighteen or twenty Hebrew words which point to different kinds of prickly or thorny shrubs.
These words are variously rendered in the Authorized Version By “thorns,” “briers,” “thistles,” etc.

Palestine abounded in a great variety of such plants. (“Travellers call the holy land ‘a land of thorns.’)

Giant thistles, growing to the height of a man on horseback, frequently spread over regions once rich and fruitful, as they do on the pampas of South America; and many of the most interesting historic spats and ruins are rendered almost inaccessible by thickets of fiercely-armed buckthorns.

Entire fields are covered with the troublesome creeping stems of the spinous ononis, while the bare hillsides are studded with the dangerous capsules of the puliuris and tribulus.

Roses of the most prickly kinds abound on the lower slopes of Hermon; while the sub-tropical valleys of Judea are choked up in many places by the thorny lycium .

The crown which was put in derision upon our Lord`s head before his crucifixion, is by some supposed to have been the Rhamnus, or Spina Christi; but although abundant in the neighborhood of Jerusalem, it cannot be the plant intended, because its thorns are so strong and large that it could not have been woven into a wreath.

The large-leaved acanthus (bear’s-foot) is totally unsuited for the purpose.

Had the acacia been intended, as some suppose, the phrase would have been ex akanthes .

Obviously some small, flexile, thorny shrub is meant; perhaps Cappares spinosae.
Hasselquist (“Travels,” p. 260) says that the thorn used was the Arabian nabk. “It was very suitable for their purpose, as it has many sharp thorns, which inflict painful wounds; and its flexible, pliant and round branches might easily be plaited in the form of a crown.”

It also resembles the rich dark crown green of the triumphal ivy-wreath, which would give additional pungency to its ironical purpose. 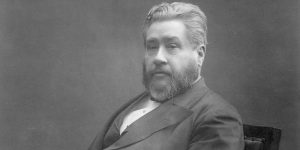