Can anything be more awful and frightening than the state of a person who rejects the light of God’s Word and chooses the darkness of sin instead?

It is tragic to be one of those who do not know the Gospel, as shown in the picture of the natural heart, but it is infinitely more tragic to have a heart like the one now before us. All the sins referred to in Picture One are here also, but notice how each animal is being urged to greater activity by a demon.

Enthroned in the centre, and in control of the whole heart, is Satan, the king of the demons. No light shines into such a heart from the Bible which is now a closed Book. The Holy Spirit, ever ready to work in mercy upon all who will heed His voice, is sadly grieved (read Romans 1:20-25).

In speaking to crowds around Him our Lord once said of a man in this state, “When the unclean spirit has gone out of a man, he passes through waterless places seeking rest, þut he finds none. Then he says, ‘I will return to my house from which I came.’ And when he comes he finds it empty, swept, and put in order. Then he goes and brings with him seven other spirits more evil than himself, and they enter and dwell there; and the last state of that man becomes worse than the first.” (Matthew 12:43-45).

Surely this was said to warn His hearers of rejecting the Gospel.
May every reader be kept from doing this. Let any who fear their hearts may be like that in the picture turn and repent without delay, asking God for His mercy and salvation.

“The times of ignorance God overlooked, but now He commands all men everywhere to repent, because He has fixed a day on which He will judge the world in righteousness by a Man (Jesus Christ) Whom He has appointed, and of this He has given assurance to all men by raising Him from the dead.” (Acts 17:30-31). 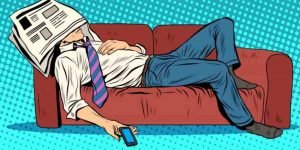 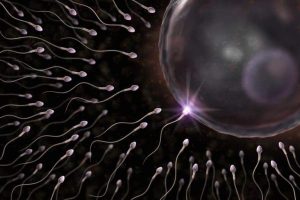