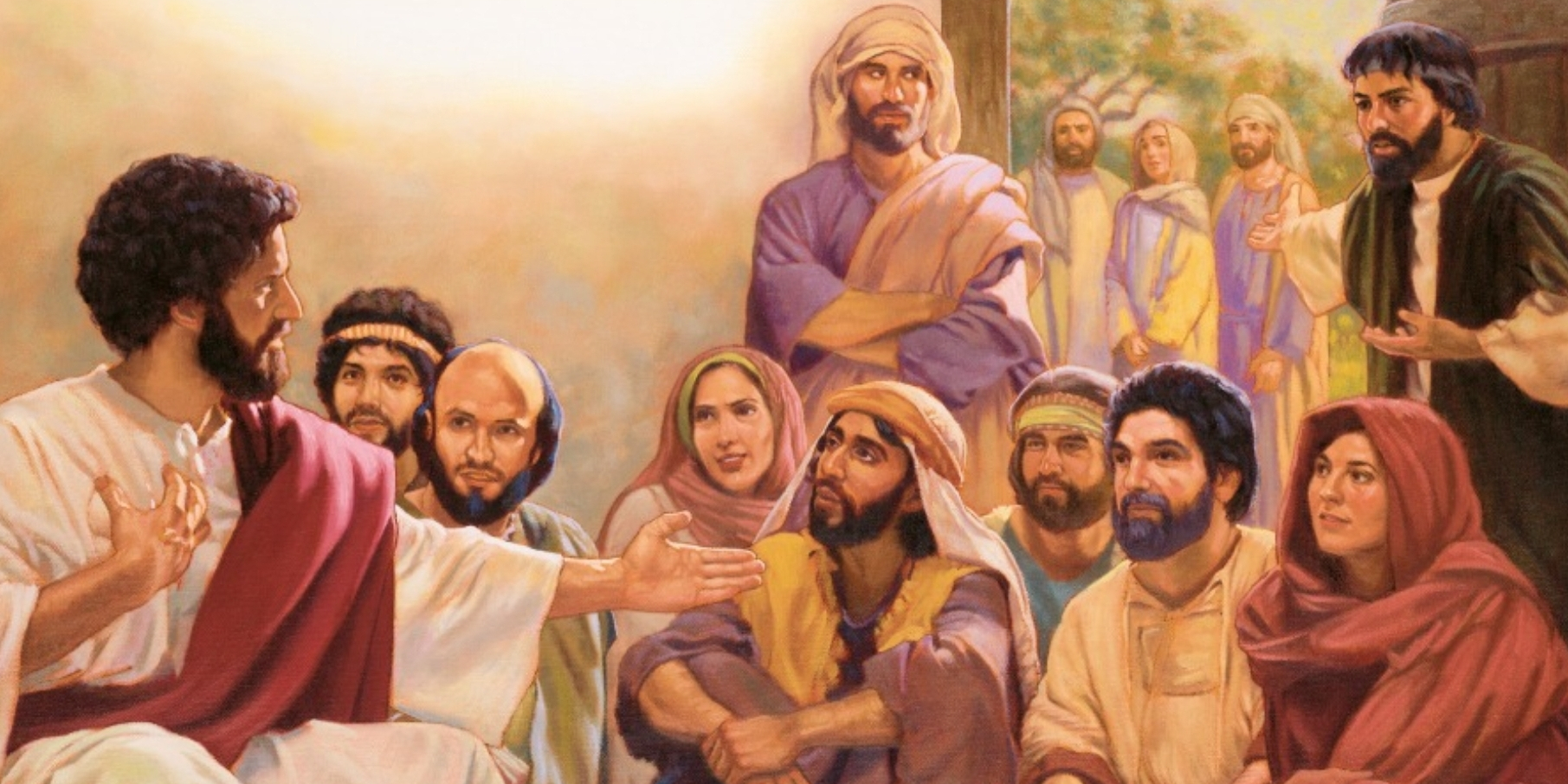 By this question the Christ does not want to despise his mother, but to make clear that in matters concerning salvation for eternity, the spiritual must be placed before the carnal.

By the question that the Lord asks here, He also makes the scribes feel that through His word and work, He is busy forming a circle, which in another, higher sense, can be called His relatives.

This spiritual unity, which does not depend on consanguinity, but is brought about by the Holy Ghost, is stronger, more valuable, and more important than carnal lineage.

Anyone who is bound to the Christ by the Holy Spirit in true faith, is His mother or His brother or His sister. They may call themselves that, because they belong to that people who have been chosen, and have been called in time from darkness, to God’s wonderful light.

By grace that people have been bonded to the Savior, but also to one another. For that reason it may sometimes be said: “Sweet bonds, which bind me to the dear people of God; for they are my true friends”.

May it be by grace, that we can say this too.
And that on legal grounds. For Zion will be saved by justice, and her returning ones by righteousness.

Who are you related to?

The family of Jesus