¹) Being able to do something‭
²) The Greek word used here literally means ‘son’. In a restricted sense, it is the male offspring (one born by a father and of a mother)‭; in a wider sense, a descendant, one of the posterity of any one.
³) The room in which the marriage ceremonies are held; the chamber containing the bridal bed. Also pointing to the friends of the bridegroom whose duty it was to provide and care for whatever pertained to the bridal chamber, that is, whatever was needed for the due celebration of the nuptials‭
‭‭⁴) To abstain from food and drink as a religious exercise. Either entirely, if the fast lasted but a single day, or from customary and choice nourishment, if it continued several days.
⁵) Is associating, fellowshiping, with‭ them.
⁶) Like this has been done 24 times in the Amplified Version, this can also be translated with “as many as”.
⁷) Not; in direct questions expecting an affirmative answer ‭

In what they do according to His will He will justify them, and bear them out.

Jesus justifies them for not fasting, which was turned to their reproach by the Pharisees.

Why do the Pharisees and the disciples of John fast?
They used to fast, the Pharisees fasted twice in the week (Luke 18:12), and probably the disciples of John did so too. It seems, this very day, when Christ and his disciples were feasting in Levi’s house, was their fast-day, for the Greek word used here (nesteuousi) means they ‘do fast’, or ‘are fasting’, which aggravated the offence.

These strict professors made from their own practice a standard, and to censure it, condemned all that did not fully follow their standards.
They suggest that if Christ went among sinners to do them good, as he had pleaded, yet the disciples went to indulge their appetites, for they never knew what it was to fast, or to deny themselves.

Somehow these hypocritical pharisees always were looking for, and suspected the worst. But the Christ brings up two things to excuse His disciples for not fasting.

It was very absurd for Samson’s bride to weep before him, during the days that the feast lasted (Judges 14:17).

Christ and his disciples were but newly married, the bridegroom was yet with them, the nuptials were yet in the celebrating (Matthew’s particularly); when the bridegroom should be removed from them to the far country, about his business, then would be a proper time to sit as a widow, in solitude and fast.

To put such frequent fasting at first on them, would be a discouragement to them, and perhaps even drive them off from following the Christ; it would be of as the consequence of putting new wine into old casks, or sewing new cloth to that which is worn thin (Mark 2:21,22).

Note that God graciously considers the frame of young Christians, that are weak and tender, and so must we; nor must we expect more than the work of a day in one day, and that in according to the strength one has received, because it is not in our hands to give strength.

As many contract an antipathy to some kind of food, although good, by being surfeited with it when they are young; so, many entertain prejudices against the exercises of devotion by being burthened with them, and made to serve with an offering, at their setting out.

Weak Christians must take heed of over-tasking themselves, and of making the yoke of Christ otherwise than it is, light and easy.

True joy is experienced only in fellowship with the Lord.
But joy is certain in that communion by faith.
There is a joy in believing that the world does not know, not even the purely religious world.

The Lord is called in the Bible, in the Psalms, the God of the joy, of my joy.

The Lord uses the image of a wedding, an event full of joy in the East. Those who are invited to the wedding, and who have also come, rejoice while the bridegroom is present.
Then they don’t fast. Then they will not abstain from food and drink.
No, the disciples of John the Baptist did, and those of the Pharisees did, but the disciples of Jesus did not.

But, there will come other times, when He will suffer and die, then their lust will perish. But living in faith with Him, the people of God may know joy. But even now, this joy is only a foreshadow of the eternal joy waiting. For full joy awaits us on the other side. 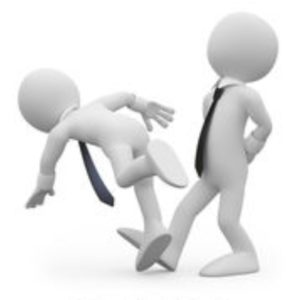