Luke 1:63
And he asked for a writing table, and wrote, saying,
His name is John.
And they marvelled all.‭

Zechariah asked for a writing board.
And he wrote down his son’s name, “His name is John,” he wrote.

It is the day of the circumcision.
That is also the day that the child gets his name.
Family and neighbors are present. They already had a name in mind. He would probably be called Zechariah. Named after his father.

But no, the old father knows the name God wants him to bear. “John”.
He now writes it down heartily.

He learned it under the chastening hand of the Lord.
He had been unbelieving when he received the message, but now his faith and obedience are revealed again. In his heart, and by writing this name.

“John, that is his name”. It almost sounds jubilant.
John means “The Lord is gracious”.
The grace of God is made known by this child.

John, who will be a penitential preacher, who will call people to repentance, is still called “the Lord is gracious!”

In that way God gives grace to broken hearts.
John, as one who prepares the way, points to the Lamb of God.
▪︎ In the Lamb of God there is grace for poor sinners.
▪︎ In Him is forgiveness for sin,
▪︎ and in Him alone there is peace with God.

Only through the path of repentance you can receive it in your personal life. Do you also look forward to His coming in this way?

The king will be just as good to his people
like rain for the grass,
like raindrops that moisten the earth.
Compare Psalms 72:6

ENGLISH
Read more of these messages at: https://devotionals.harryschoemaker.nl
like my page “The Worldwide Ekklesia” at: https://www.facebook.com/105183107629951 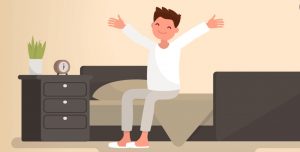 Are you singing along?