Genesis 33:13
But he said to him, “My lord knows that the children are frail and that the flocks and herds which are nursing are a care to me. And if they are driven hard, ONE DAY, all the flocks will die.

1 Kings 22:8
The king of Israel said to Jehoshaphat, “There is yet ONE MAN by whom we may inquire of the Lord, but I hate him, because he does not prophesy good concerning me, but evil. He is Micaiah son of Imlah.” But Jehoshaphat said, “Let not the king say so.”

1 Corinthians 12:11,13
¹¹But ONE AND THE SAME SPIRIT works all these things, distributing to each one individually just as He wills. ¹³For by ONE SPIRIT we were all baptized into one body, whether Jews or Greeks, whether slaves or free, and we were all made to drink of ONE SPIRIT.

Ephesians 2:18
For through Him we both have our access in ONE SPIRIT to the Father.

Ephesians 4:13
Until we all attain to THE UNITY OF THE FAITH, and of the knowledge of the Son of God, to a mature man, to the measure of the stature which belongs to the fullness of Christ.

Ezekiel 37:24
My servant David will be king over them, and they will all have ONE SHEPHERD; and they will walk in My ordinances and keep My statutes and observe them.

John 10:16
I have other sheep, which are not of this fold; I must bring them also, and they will hear My voice; and they will become one flock with ONE SHEPHERD.

Zechariah 14:9
And the Lord will be king over all the earth; in that day THE LORD WILL BE THE ONLY ONE, and His name the only one.

Matthew 23:10
Do not be called leaders; for ONE IS YOUR LEADER, that is, Christ.

Malachi 2:10
Do we not all have one Father? Has not ONE GOD created us? Why do we deal treacherously each against his brother so as to profane the covenant of our fathers?

1 Timothy 2:5
For there is ONE GOD, and one mediator also between God and men, the man Christ Jesus

Deuteronomy 24:5
When a man takes a new wife, he shall not go out with the army nor be charged with any duty; he shall be free at home ONE YEAR and shall give happiness to his wife whom he has taken.

Matthew 10:42
And whoever in the name of a disciple gives to ONE OF THESE LITTLE ONES even a cup of cold water to drink, truly I say to you, he shall not lose his reward.

Matthew 18:6,10,12-14
⁶but whoever causes ONE OF THESE LITTLE ONES who believe in Me to stumble, it would be better for him to have a heavy millstone hung around his neck, and to be drowned in the depth of the sea. Stumbling Blocks ¹⁰See that you do not despise ONE OF THESE LITTLE ONES, for I say to you that their angels in heaven continually see the face of My Father who is in heaven.
¹²What do you think? If any man has a hundred sheep, and one of them has gone astray, does he not leave the ninety-nine on the mountains and go and search for the one that is straying? ¹³If it turns out that he finds it, truly I say to you, he rejoices over it more than over the ninety-nine which have not gone astray. ¹⁴So it is not the will of your Father who is in heaven that ONE OF THESE LITTLE ONES perish.

Ecclesiastes 2:14
The wise man’s eyes are in his head, but the fool walks in darkness. And yet I know that ONE FATE befalls them both.

Ecclesiastes 3:20
All go to the same place. All came from the dust and all return to the dust.

Ecclesiastes 9:3
This is an evil in all that is done under the sun, that there is ONE FATE for all men. Furthermore, the hearts of the sons of men are full of evil and insanity is in their hearts throughout their lives. Afterwards they go to the dead.

Matthew 23:8
But do not be called Rabbi; for ONE IS YOUR TEACHER, and you are all brothers.

1 Timothy 2:5
For there is one God, and ONE MEDIATOR also between God and men, the man Christ Jesus

John 11:50
nor do you take into account that it is expedient for you that ONE MAN DIE FOR THE PEOPLE, and that the whole nation not perish.

2 Corinthians 5:15
And HE DIED FOR ALL, so that they who live might no longer live for themselves, but for Him who died and rose again on their behalf.

Hebrews 10:12,14
¹²But He, having offered ONE SACRIFICE for sins for all time, sat down at the right hand of God ¹⁴For by ONE OFFERING He has perfected for all time those who are sanctified.

Genesis 11:1
Now the whole earth used THE SAME LANGUAGE and the same words.

1 Corinthians 14:27
If anyone speaks in a tongue, it should be by two or at the most three, and each in turn, and ONE MUST INTERPRET

Matthew 26:40
And He came to the disciples and found them sleeping, and said to Peter, “So, you men could not keep watch with Me for ONE HOUR?”

Revelation 18:10
Standing at a distance because of the fear of her torment, saying, ‘Woe, woe, the great city, Babylon, the strong city! For in ONE HOUR your judgment has come.’

Malachi 2:10
Do we not all have ONE FATHER? Has not one God created us? Why do we deal treacherously each against his brother so as to profane the covenant of our fathers?

Matthew 23:9
Do not call anyone on earth your father; for ONE IS YOUR FATHER, He who is in heaven.

1 Chronicles 29:1
Then King David said to the entire assembly, “My son Solomon, WHOM ALONE GOD HAS CHOSEN, is still young and inexperienced and the work is great; for the temple is not for man, but for the Lord God.

1 Chronicles 17:21
And what ONE NATION in the earth is like Your people Israel, whom God went to redeem for Himself as a people, to make You a name by great and terrible things, in driving out nations from before Your people, whom You redeemed out of Egypt?

James 4:12
There is only ONE LAWGIVER AND JUDGE, the One who is able to save and to destroy; but who are you who judge your neighbor?

James 2:10
For whoever keeps the whole law and yet stumbles in ONE POINT, he has become guilty of all.

1 Corinthians 9:24
Do you not know that those who run in a race all run, but ONLY ONE RECEIVES THE PRIZE? Run in such a way that you may win.

Galatians 5:14
For the whole Law is fulfilled in ONE WORD, in the statement, “You shall love your neighbor as yourself.”

Ecclesiastes 9:18
Wisdom is better than weapons of war, but ONE SINNER destroys much good.

Luke 15:7
I tell you that in the same way, there will be more joy in heaven over ONE SINNER who repents than over ninety-nine righteous persons who need no repentance. 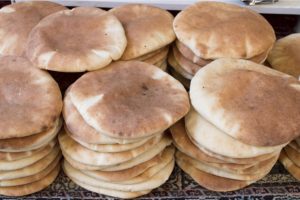