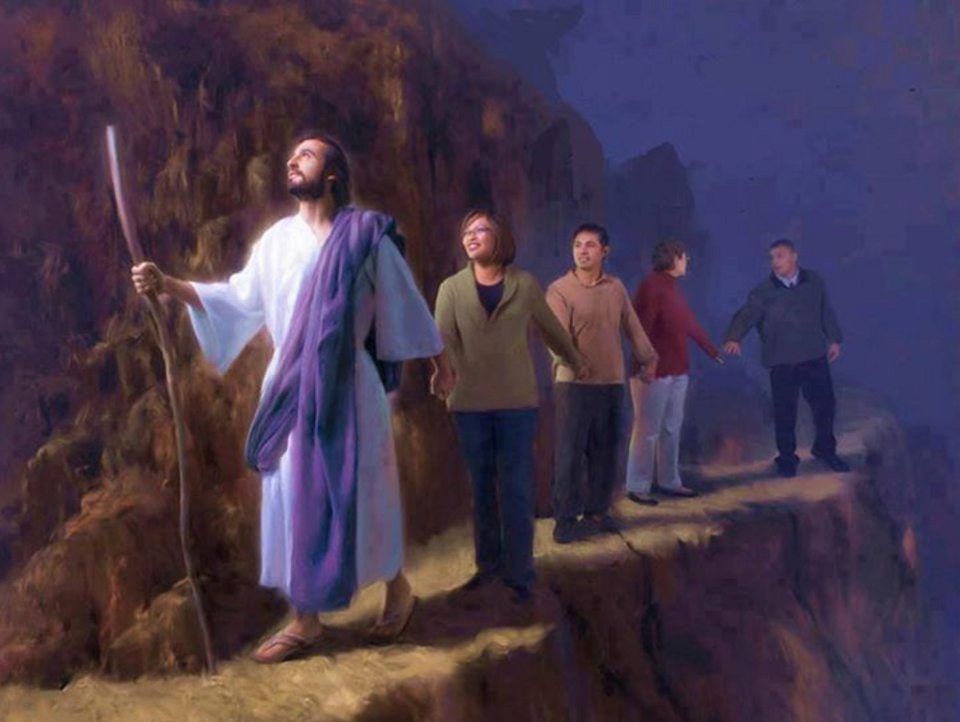 The lyrics are based on the last words of a man in Garo, Assam, north-east India. About 150 years ago, there was a great revival in Wales & England.
As a result of this, many missionaries came from England and Germany to North-East India to spread the Gospel.

At the time, north-east India was not divided into many states as it is today. The region was known as Assam and comprised hundreds of tribes. The tribal communities were quite primitive and aggressive by nature. The tribals were also called head-hunters because of a social custom which required the male members of the community to collect as many heads as possible.
A man’s strength and ability to protect his wife was assessed by the number of heads he had collected. Therefore, a youth of marriageable age would try and collect as many heads as possible and hang them on the walls of his house. The more heads a man had, the more eligible he was considered.

Into this hostile and aggressive community, came a group of Welsh missionaries spreading the message of love, peace and hope of Jesus Christ. Naturally, they were not welcomed.
One Welsh missionary succeeded in converting a man, his wife, and two children. This man’s faith proved contagious and many villagers began to accept Christianity.

Angry, the village chief summoned all the villagers. He then called the family who had first converted to renounce their faith in public or face execution. Moved by the Holy Spirit, the man instantly composed a song which became famous down the years.

Enraged at the refusal of the man, the chief ordered his archers to arrow down the two children. As both boys lay twitching on the floor, the chief asked, “Will you deny your faith? You have lost both your children. You will lose your wife too.”

But the man sang these words in reply:

The chief was beside himself with fury and ordered his wife to be arrowed down. In a moment she joined her two children in death.
Now he asked for the last time, “I will give you one more opportunity to deny your faith and live.”

In the face of death the man sang the final memorable lines:

He was shot dead like the rest of his family. But with their deaths, a miracle took place. The chief who had ordered the killings was moved by the faith of the man.
He wondered, “Why should this man, his wife and two children die for a Man who lived in a far-away land on another continent some 2,000 years ago?
There must be some remarkable power behind the family’s faith, and I too want to taste that faith.”

Later, in a spontaneous confession of faith, he declared, “I too belong to Jesus Christ!” When the crowd heard this from the mouth of their chief, the whole village accepted Christ as their Lord and Savior.