Deafness to the Gospel

Foreigners will tell you,
But you will still not listen.

This is written in the Bible:
‘I will send strangers to speak to my people.
They will speak my message to them in strange languages.
But even when I do this, my people will not listen to me.’
That is what the Lord God has said.

1 Corinthians 14:21 NASB
In the Law it is written, “By men of strange tongues and by the lips of strangers I will speak to this people, and even so they will not listen to Me,” says the Lord.

Long ago, the prophet Isaiah wrote a message from God about this.
These people show that the message has become true.

Matthew 13:13-15 NASB
¹³Therefore I speak to them in parables; because while seeing they do not see, and while hearing they do not hear, nor do they understand. ¹⁴In their case the prophecy of Isaiah is being fulfilled, which says, ‘You will keep on hearing, but will not understand; You will keep on seeing, but will not perceive; ¹⁵For the heart of this people has become dull, With their ears they scarcely hear, And they have closed their eyes, Otherwise they would see with their eyes, Hear with their ears, And understand with their heart and return, And I would heal them.’

They say, ‘The Lord is not looking at us.
The God of Jacob will not see what we are doing.’
Be careful, all you fools among the people!

Fools – learn to do the right thing!
Does God that made the ear not hear?
Does he that made the eye not see?
Will he that rules the world not punish our bad leaders?

He teaches people what they know.
The Lord knows people’s thoughts.
Their thoughts are worth nothing.

Psalms 94:7-11 NASB
⁷They have said, “The Lord does not see, Nor does the God of Jacob pay heed.”
⁸Pay heed, you senseless among the people; And when will you understand, stupid ones? ⁹He who planted the ear, does He not hear? He who formed the eye, does He not see? ¹⁰He who chastens the nations, will He not rebuke, Even He who teaches man knowledge? ¹¹The Lord knows the thoughts of man, That they are a mere breath.

“They do not listen to what Moses
and God’s prophets have said.
So they will not believe God’s message
even if someone comes back from among the dead people.”

Luke 16:31 NASB
But he said to him,
‘If they do not listen to Moses and the Prophets,
they will not be persuaded
even if someone rises from the dead.’

‘You have said that the Lord has given a message to you.
But we will not listen to you,’ they said.
‘We will certainly do everything THAT WE WANT TO DO.
We will make nice smells FOR THE QUEEN OF HEAVEN
and we will offer drinks to her.
We will DO WHAT OUR ANCESTORS DID.
We and our kings and our officers did this in Jerusalem
and in all the towns in Judah.
We had plenty of food then.
We were rich and we did not have any troubles.
But since we stopped offering those things
to THE QUEEN OF HEAVEN we have not had anything.
Some of us have died because they did not have any food.
And soldiers have killed other people.’
The women spoke.
‘Our husbands knew that we were burning oils
to make nice smells TO THE QUEEN OF HEAVEN.
And we made cakes IN HER SHAPE
and we offered wine to her, too,’ they said.

You burned the nice oils.
You did not obey his rules.
And you did not do any of the things that he wanted you to do.
So he has caused these bad things that you see.’

²⁰Then Jeremiah said to all the people, to the men and women – even to all the people who were giving him such an answer – saying,
²¹”As for the smoking sacrifices that you burned in the cities of Judah and in the streets of Jerusalem, you and your forefathers, your kings and your princes, and the people of the land, did not the Lord remember them and did not all this come into His mind?
²²So the Lord was no longer able to endure it, because of the evil of your deeds, because of the abominations which you have committed; thus your land has become a ruin, an object of horror and a curse, without an inhabitant, as it is this day.
²³Because you have burned sacrifices and have sinned against the Lord and not obeyed the voice of the Lord or walked in His law, His statutes or His testimonies, therefore this calamity has befallen you, as it has this day.”

I will also punish ALL THE PEOPLE in other countries
who REFUSE TO OBEY me.
I will show them that I am VERY ANGRY with them.’

Micah 5:15 NASB
I will execute vengeance in anger and wrath on the nations which have not obeyed.

CHRIST IS OUR ONLY HOPE! 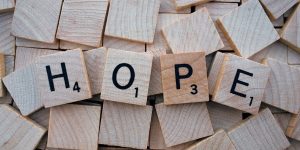 CHRIST IS OUR ONLY HOPE!

NOW IS THE TIME TO SEEK JESUS AND REPENT!

WHERE WILL YOU SPEND ETERNITY?