It appears most probable that the profanities of the Zealots constituted the abomination, which was the sign of the impending ruin; but most people refer it to the standards or banners of the Roman army. They were an abomination because there were idolatrous images upon them.

The harvest time is coming! 2/2 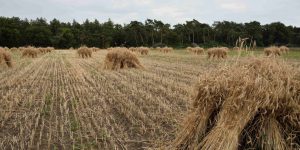 The harvest time is coming! 2/2