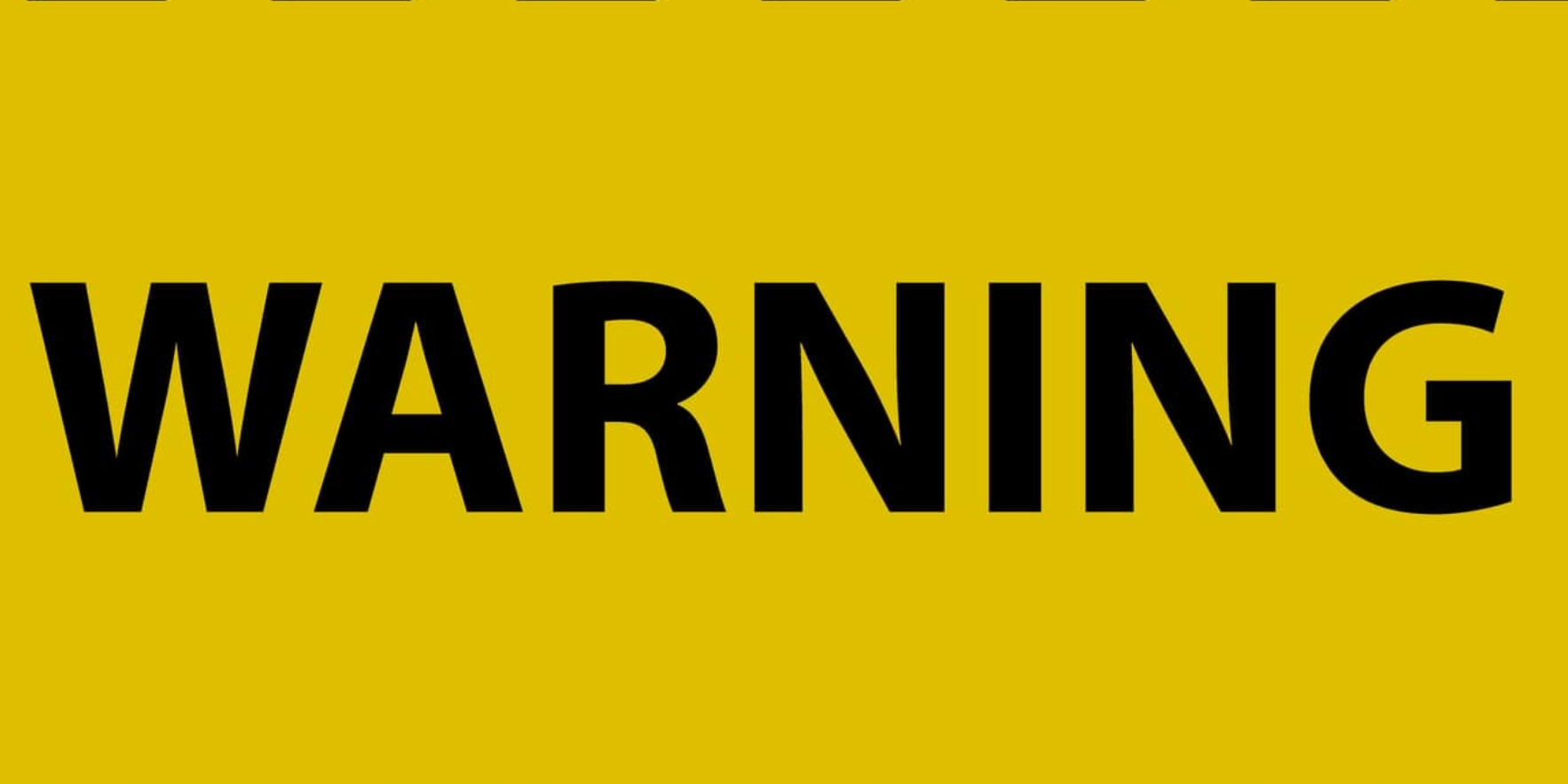 New Living Translation
Dear children, the last hour is here. You have heard that the Antichrist is coming, and already many such antichrists have appeared. From this we know that the last hour has come.

The former caution against the love of the world belongs chiefly to old experienced Christians, or those who have attained some considerable knowledge and experience in divine things, because they are most apt to offend in that particular.

This caution against seducers belongs chiefly to younger Christians, who are less established, and therefore more liable to be seduced.

It is the last time

Greek: εσχατη ωρα εστι; it is the last hour.
Namely, as some understand it, of the duration of the Jewish Church and state, a sense of the expression which is favoured by the consideration that it was the period in which our Lord had foretold the rise of many false Christs.

And therefore the apostle here cautions them against such deceivers, intimating, at the same time, for their encouragement and comfort, that the power of their persecutors, the Jews, would speedily be broken.

Wesley, and many others understand by the last hour,  the last dispensation of grace.
As if the apostle had said, “The last dispensation that God will ever give to the world is now promulgated, and it is no wonder if Satan endeavour, to the utmost, to adulterate a system from which his kingdom has so much to fear.”

It is thus pointing to the closing period or dispensation; that dispensation in which the affairs of the world are ultimately to be wound up.

Note that the apostle does not say that the end of the world would soon occur, nor does he intimate how long this dispensation would be.
That period might continue through many ages or centuries, and still be the last dispensation, or that in which the affairs of the world would be finally closed. (See Isaiah 2:2;  Acts 2:17;  Hebrews 1:2).

As I mentioned, some have supposed that the “last hour” refers to the destruction of Jerusalem, and the end of the Jewish economy; but the more natural interpretation is to refer it to the last dispensation of the world, and to suppose that the apostle meant to say that there were clear evidences that that period had arrived.

And as ye have heard that antichrist shall come

The persons to whom this epistle was written had heard of the coming of antichrist in both senses of the name.

And as both sorts opposed Christ, by denying the redemption of the world through his death, it is probably of them chiefly that John speaks in his epistles.

But when John speaks of these teachers as individuals, he calls them many antichrists, in the plural number.

Thus also Wesley: Under the term antichrist, or the spirit of antichrist, he includes all false teachers as enemies to the truth; whatever doctrines or men are contrary to Christ.

It seems to have been long after this that the name of antichrist was appropriated to that grand adversary of Christ, the man of sin (2 Thessalonians 2:3).

The word αντιχριστος, antichrist, which is nowhere found but in John’s first and second epistle, may have two meanings:

From what John hath written in (1 John 2:22), and in 1 John 4:3-4; 1 John 2:7, there is reason to think that by antichrist he meant those false prophets, or teachers, who were foretold by our Lord to rise about the time of the destruction of Jerusalem, and who were now gone abroad.

The proper meaning of (ἀντί anti) in composition is:

The word “antichrist,” therefore, might denote anyone who either was or claimed to be in the place of Christ, or one who, for any cause, was in opposition to Him.

The word, further, would apply to one opposed to Him, on whatever ground the opposition might be; whether it were open and avowed, or whether it were only in fact, as resulting from certain claims which were adverse to His, or which were inconsistent with His.

A “vice-functionary,” or an “opposing functionary,” would be the idea which the word would naturally suggest.

If the word stood alone, and there were nothing said further to explain its meaning, we should think, when the word “antichrist” was used, either of one who claimed to be the Christ, and who thus was a rival; or of one who stood in opposition to Him on some other ground.

That which constituted the characteristics of antichrist, according to John, who only has used the word, he has himself stated.

From this it is clear, that John understood by the word all those that denied that Jesus is the Messiah, or that the Messiah has come in the flesh.
If they held that Jesus was a deceiver, and that he was not the Christ, or if they maintained that, though Christ had come, he had not come in the flesh, that is, with a proper human nature, this showed that such persons had the spirit of antichrist.

They arrayed themselves against him, and held doctrines which were in fact in entire opposition to the Son of God.

It would appear then that John does not use the word in the sense which it would bear as denoting one who set up a rival claim, or who came in the place of Christ, but in the sense of those who were opposed to him by denying essential doctrines in regard to his person and advent.

It is not certainly known to what persons he refers, but it would seem not improbable to Jewish adversaries, or to some forms of the Gnostic belief.

The doctrine respecting antichrist, as stated in the New Testament, may be summed up in the following particulars:

Paul fixed the eye on future times, when the spirit of antichrist should be embodied under a distinct and mighty organization; John in his own time, and found then essentially what it had been predicted would occur in the church.

He here says that they had been taught to expect that antichrist would come under the last dispensation; and it is implied that it could be ascertained that it was the last time, from the fact that the predicted opposer of Christ had come.

The reference is probably to the language of the Saviour, that before the end should be, and as a sign that it was coming, many would arise claiming to be Christ, and, of course, practically denying that he was the Christ.

This prediction it is probable the apostles had referred to wherever they had preached, so that there was a general expectation that one or more persons would appear claiming to be the Christ, or maintaining such opinions as to be inconsistent with the true doctrine that Jesus was the Messiah.

Such persons, John says, had then in fact appeared, by which it could be known that they were living under the closing dispensations of the world referred to by the Savior

The word Ερχκεται is literally: comes

And ☆ καὶ (kai) ☆ Conjunction ☆ And, even, also, namely.
Just as ☆ καθὼς (kathōs) ☆ Adverb ☆ According to the manner in which, in the degree that, just as, as. From kata and hos; just as, that.
You have heard ☆ ἠκούσατε (ēkousate) ☆ Verb – Aorist Indicative Active – 2nd Person Plural ☆ To hear, listen, comprehend by hearing; pass: is heard, reported. A primary verb; to hear.
That ☆ ὅτι (hoti) ☆ Conjunction ☆ Neuter of hostis as conjunction; demonstrative, that; causative, because.

This word is absolutely peculiar to John.
The general use of ἀντί (contra) and the use in other word compositions, leads to the conclusion that the term means “adversary of Messiah.”

The name was probably formed by John.
It was believed by the Jews that Antichrist would appear immediately before the advent of Christ (cf. 1 John 2:22; 4:3; 2 John 7).

Our Lord mentioned “pseudo-Christs” as a sign (Matthew 24:24).
Paul gave a solemn warning to the very Churches which John now specially addressed (Acts 20:29).

John saw these principles and the men who embodied them in full action, and it was an indication for him of “the last period.”
So far Christians had only learnt in general to expect the personal appearance of one great enemy of Christ, the Antichrist.

In his Epistle John gives solemn warning that those heretics who denied the God-Man were not merely precursors of Antichrist, but impersonations of the anti-Christian principle — each of them in a true sense an antichrist.

The term is used by no other sacred writer, and by John himself only five times (1 John 2:18, twice, 1 John 2:22; 4:3; 2 John 7), and that specifically to characterise heresy denying the incarnation, person, and dignity of Christ as God-Man.

Antichrist is “the liar”; his spirit and teaching is a lie pure and simple. The one Antichrist, whose coming was stamped into the living tradition of the early Church, and of whom believers had necessarily “heard,” is clearly distinguished from many who were already in existence, and were closely connected with him in spirit.

Probably John expected the chief Antichrist, the “theological antagonist of Christ,” before the Personal Advent.

Even now are there many antichrists

Many seducers revolted from Christianity (1 John 2:19,), who were actuated by an antichristian spirit, and do secretly undermine the interest of Christ, and so make way for the grand antichrist.

The preterit tense, γεγονασι (translated as have appeared), is here used to signify, not only the existence of many antichrists at that time, but also that there had been many antichrists who had gone off the stage.

So ☆ καὶ (kai) ☆ Conjunction ☆ And, even, also, namely.
Now ☆ νῦν (nyn) ☆ Adverb ☆ A primary particle of present time; ‘now’; also as noun or adjective present or immediate.
Many ☆ πολλοὶ (polloi) ☆ Adjective – Nominative Masculine Plural ☆ Much, many; often.
Antichrists ☆ ἀντίχριστοι (antichristoi) ☆ Noun – Nominative Masculine Plural ☆ From anti and Christos; an opponent of the Messiah.
Have appeared ☆ γεγόνασιν (gegonasin) ☆ Verb – Perfect Indicative Active – 3rd Person Plural ☆ A prolongation and middle voice form of a primary verb; to cause to be, i.e. to become, used with great latitude.

Whereby we know that it is the last hour

This is how ☆ ὅθεν (hothen) ☆ Conjunction ☆ From hos with the directive enclitic of source; from which place or source or cause.
We know ☆ γινώσκομεν (ginōskomen) ☆ Verb – Present Indicative Active – 1st Person Plural ☆ A prolonged form of a primary verb; to ‘know’ in a great variety of applications and with many implications.
That ☆ ὅτι (hoti) ☆ Conjunction ☆ Neuter of hostis as conjunction; demonstrative, that; causative, because.
It is ☆ ἐστίν (estin) ☆ Verb – Present Indicative Active – 3rd Person Singular ☆ I am, exist. The first person singular present indicative; a prolonged form of a primary and defective verb; I exist.
[the] last ☆ ἐσχάτη (eschatē) ☆ Adjective – Nominative Feminine Singular ☆ Last, at the last, finally, till the end. A superlative probably from echo; farthest, final.
Hour ☆ ὥρα (hōra) ☆ Noun – Nominative Feminine Singular ☆ Apparently a primary word; an ‘hour