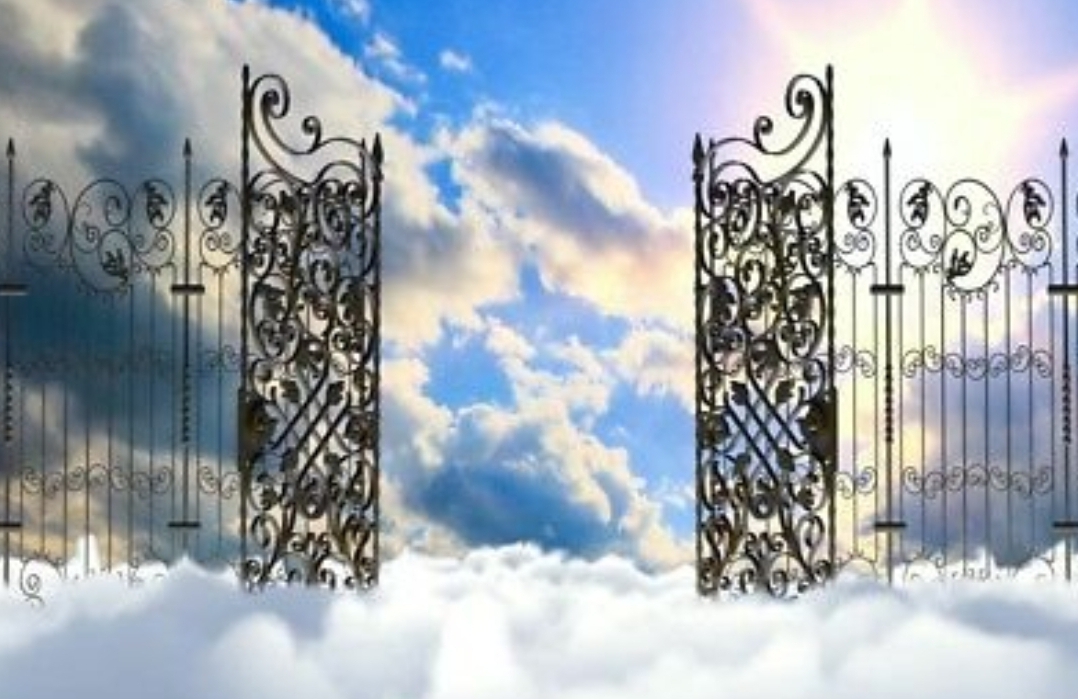 Luke 17:22-30 NKJV
²²Then He said to the disciples, “The days will come when you will desire to see one of the days of the Son of Man, and you will not see it.
²³And they will say to you, ‘Look here!’ or ‘Look there!’ Do not go after them or follow them.
²⁴For as the lightning that flashes out of one part under heaven shines to the other part under heaven, so also the Son of Man will be in His day.
²⁵But first He must suffer many things and be rejected by this generation.
²⁶And as it was in the days of Noah, so it will be also in the days of the Son of Man:
²⁷They ate, they drank, they married wives, they were given in marriage, until the day that Noah entered the ark, and the flood came and destroyed them all.
²⁸Likewise as it was also in the days of Lot: They ate, they drank, they bought, they sold, they planted, they built;  ²⁹but on the day that Lot went out of Sodom it rained fire and brimstone from heaven and destroyed them all.
³⁰Even so will it be in the day when the Son of Man is revealed

Jesus was on His way to Jerusalem when the ungratefulness of the nine lepers, after their healing, took place. This event made people to speculate about the approach of His kingdom.
His enemies, the Pharisees, put the sarcastic question when the kingdom of God should come, as much as to say, “We have heard of it long; we should like to see it.” This leads our Lord to unfold the nature of His kingdom’s advent and of His own.

His Kingdom comes in the hearts of men

The characteristic of worldly kingdoms has always been pretentious and vulgar display, especially of wealth and luxury, intended to impress or attract notice.
They try to impress the people with noisy advents, bragging, advertisements, the blare of bugle and roll of drum.

Some think that there is nothing worth talking about if it comes in a milder way.

The Jews expected a kingdom of God to supersede the Roman, and that its advent would be seen in the defeat and expulsion of the conquerors of Canaan.
But, no; the kingdom was coming in men’s hearts; it was there it had its sphere and home.

▪︎ How superficial is the sovereignty, which is not founded in the heart
This is the world’s experience daily.
The outward sovereignty is a name and based on fear.

▪︎ How noble is the sovereignty which is based upon people’s hearts!
It is here where Jesus reigns. We love him. We would die for him. In this way His kingdom progresses wherever a heart is touched by Christ’s love. His triumph is over the selfishness of mankind. He conquers them by self-sacrificing love.

The King comes without advance notice

The King Himself will come as suddenly and as unexpected as a flash of lightning (Luke 17:22-24).
▪︎ He is not going to give warning of His approach.
▪︎ There will be no need to go here or there under the impression that He has come quietly and privately, to prepare for His public manifestation.

▪︎ Suddenly like the lightning-flash,
▪︎ and publicly like its beam enlightens the sky,
He to come for judgment.

He will suddenly arrive, He will come when least expected, He will give no premonitory warnings, but overwhelmingly sudden and awful will be His approach.

No wonder in such circumstances that many shall desire to see one of the days of the Son of man, one of those seasons of quiet philanthropy such as the Saviour was now leading among men.
The Pharisees were mistaking altogether the significance of His present mission.

The result of the misapprehensions

▪︎ The first sad result will be the rejection and martyrdom of Jesus (Luke 17.25). Misapprehending the significance of His meek and lowly philanthropic life, His generation united in rejecting Him, and secured His crucifixion.
They did not recognize the King when He was actually among them, in flesh and blood.

▪︎ Men will act like the antediluvians and Sodomites up to the very time of our Lord’s advent.
A sense of carnal security characterized these sinners. They thought in Noah’s day that no harm would overtake them. There was no sign of the coming disaster except Noah’s warnings, and they would not act upon such signs.
In Sodom it was the same. The inhabitants thought no change would come over their selfish, sensual dream.
But both the flood came, and the fire and brimstone descended.

So will it be with the coming of the Christ. It will come as a sudden, unexpected judgment upon many.
This carnal feeling of security is a present danger to many. They think they are safe, that nothing will interfere with their security; but the Saviour makes his advent suddenly, and they are overwhelmed.

The reality of His coming

Now, the truth is clearly brought out that some shall be saved and others lost at the day.

■ Let us look at the lost.
They are brought under our notice here in several ways.

▪︎Lot’s wife is one who is taken as a type of the lost.
We know that she was lost through looking longingly back to her worldly things. God, by his angels, had set the family’s faces towards the mountains and Himself.
Were they prepared to take Him and His favour as their portion, and give up all their property in Sodom? If they looked longingly behind them, it would show that the world was still more to them than God.
The poor wife could not resist the temptation, and so she was changed into a pillar of salt. She is, then, the type of those who are almost saved, but worldliness gets the better of them, and they are lost.

▪︎ Also, the lost ones are represented as food for eagles (Luke 17:37).
This brings out the corruption characterizing them. They have become moral carrion which only the eagles can consume.
There is, doubtless, a reference to the Roman invasion under Titus, and to the destruction of corrupt Jerusalem. The Roman armies were God’s scavengers to destroy a corrupt people. This was one way in which Christ made an advent to judgment.

Let us see to it, therefore, that we are neither worldly minded, nor corrupt, nor given up to selfishness, else we are among the lost.

■  Let us now look at the saved ones.
These are those who have kept Christ before them as their Lord and Master, whose interests should be supreme (Luke 17:33). They value Him more than life, and so He saves them.

The nature of salvation is thus plainly unfolded.
The saved ones are those with whom Christ is all in all. They prefer him to everything else.

The instinct of self-preservation has in them given place to an instinct to preserve the honor and promote the kingdom of the Master. And those who have trusted Him and honoured Him so thoroughly shall find that He will not disappoint them.
Let us wait for His appearing, then, and love it; and when it flashes across the world, we shall be allowed to escape the judgments that come upon the earth, and to stand before the Son of man.