Mark 9:35 AV
And he sat down, and called the twelve¹,
and saith unto them, ‭
If any man desire to be first²,
[‭the same‭] shall be³ last⁴ of all,
and servant⁵ of all.‭

¹) The twelve apostles of Jesus, so called by way of eminence. ‭
²) Points to being the first in time or place‭, or the first in rank‭, having the most influence, honour‭.
³) Must be prepared to take the last and lowest place.
⁴) The extreme‭ last in time or in place‭, at the end, the last (i.e. lowest) of rank, or grade of worth.
⁵) One who executes the commands of another, esp. of a master.

Somewhere in the house where they are at that moment (Mark 9:33), Jesus sits down and then calls His disciples (the twelve) for special instruction (Mark 9:35-50).
Following on the discussion that the disciples had had along the way about who was the most (Mark 9:33), Jesus makes it clear that there are different rules in the Kingdom of heaven than in this world.
The first is not he who is in the forefront and is the most important, but the very last; not he who lets himself be served by others, but he who is the servant of all (Mark 10:44). Thus the disciples are called to a life of service and humility.

A person is often no more, than a barrel of pride.
God’s children are also flesh and remain flesh.

We have a clear example of this in the disciples.
Though they knew the Lord Jesus as their Savior, and He had often told them to be meek and humble, yet they argued over and over, about which of them was the greatest.

They wanted so much to be more than the other.
In contrast, in His teaching the Savior says that the one who is meek and lowly in heart comes first. In other words, he who is the servant of all is the first.

That is a lesson for the disciples and for all of God’s people in our day.
A lesson that they, and we must learn daily, and to really learn it, it requires grace.

Let the Lord help us to live in such a way, that we truly live to God’s glory, not exalting ourselves above others, but serving all. 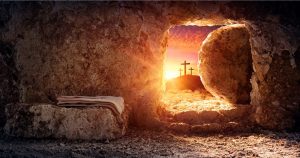