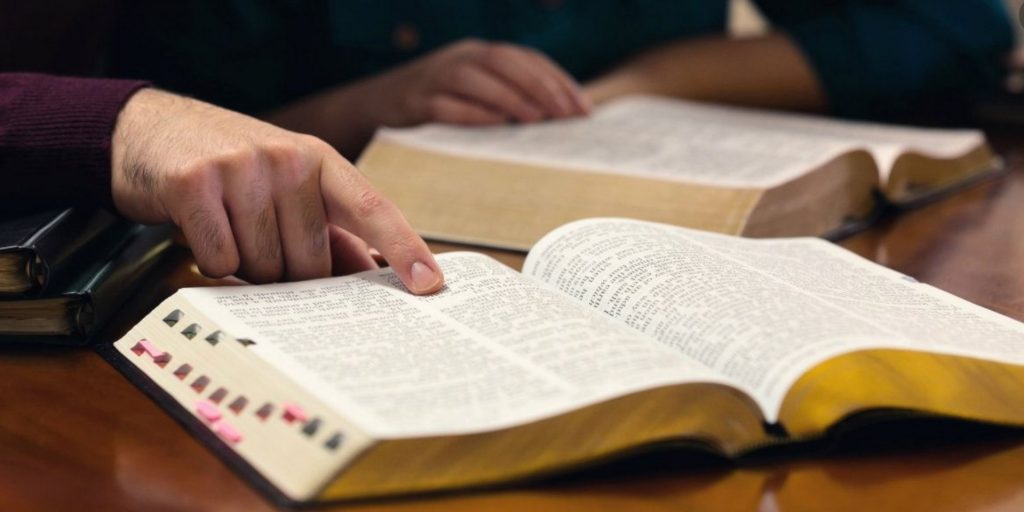 The meaning of the name “Solomon” is “peaceful”.

I. Early life and occasion to the throne

Solomon was the child of David’s old age, the last born of all his sons (1 Chronicles 3:5).
The yearnings of the “man of war” led him to give to the new-horn infant the name of Solomon (Shelomoth, the peaceful one).

Nathan, with a marked reference to the meaning of the king’s own name (David, the darling, the beloved one), calls the infant Jedidiah (Jedid’yah), that is, the darling of the Lord (2 Samuel 11:24,25).

He was placed under the care of Nathan from his earliest infancy.
At first, apparently, there was no distinct purpose to make him the heir.
Absalom was still the king’s favorite son, (2 Samuel 13:37; 18:33) and was looked on by the people as the destined successor (2 Samuel 14:13; 15:1-6).

The death of Absalom, when Solomon was about ten years old, left the place vacant, and David pledged his word in secret to Bath-sheba that he, and no other, should be the heir (1 Kings 1:13).

The words which were spoken somewhat later express, doubtless, the purpose which guided him throughout (1 Chronicles 28:9; 20).
His son’s life should not he as his own had been, one of hardships and wars, dark crimes and passionate repentance, but, from first to last, be pure, blameless, peaceful, fulfilling the ideal of glory and of righteousness after which he himself had vainly striven.

The glorious visions of (Psalms 72:1) … may be looked on as the prophetic expansion of these hopes of his old age. So far,all was well. Apparently his influence over his son`s character was one exclusively for good.

Nothing that we know of Bath-sheba lends us to think of her as likely to mould her son’s mind and heart to the higher forms of goodness. Under these influences the boy grew up. At the age of ten or eleven he must have passed through the revolt of Absalom, and shared his father’s exile (2 Samuel 15:16).
He would be taught all that priests or Levites or prophets had to teach.

When David was old and feeble, Adonijah, Solomon’s older brother attempted to gain possession of the throne; but he was defeated, and Solomon went down to Gihon and was proclaimed and anointed king.
A few months more and Solomon found himself, by his father`s death, the sole occupant of the throne.

The position to which he succeeded was unique. Never before, and never after, did the kingdom of Israel take its place among the great monarchies of the East. Large treasures, accumulated through many years, were at his disposal.

Of Solomon`s personal appearance we have no direct description, as we have of the earlier kings. There are, however, materials for filling up the gap. Whatever higher mystic meaning may be latent in (Psalms 45:1) … or the Song of Songs, we are all but compelled to think of them us having had at least a historical starting-point.

They tell of one who was, in the eyes of the men of his own time, “fairer than the children of men,” the face “bright, and ruddy” as his father’s, (Song of Solomon 5:10; 1 Samuel 17:42) bushy locks, dark as the raven`s wing, yet not without a golden glow, the eyes soft as “the eyes of cloves,” the “countenance as Lebanon excellent as the cedars,” “the chiefest among ten thousand, the altogether lovely” (Song of Solomon 5:13-18).

Add to this all gifts of a noble, far-reaching intellect large and ready sympathies, a playful and genial humor, the lips “full of grace,” and the soul “anointed” as “with the oil of gladness,” (Psalms 45:1) … and we may form some notion of what the king was like in that dawn of his golden prime.

The first act of the foreign policy of the new reign must have been to most Israelites a very startling one. He made affinity with Pharaoh, king of Egypt, by marrying his daughter (1 Kings 3:1) The immediate results were probably favorable enough. The new queen brought with her as a dowry the frontier city of Gezer. But the ultimate issue of alliance showed that it was hollow and impolitic.

The alliance with the Phoenician king rested on a somewhat different footing. It had been a part of David`s policy from the beginning of his reign. Hiram had been ever a lover of David.

As soon as he heard of Solomon`s accession he sent ambassadors to salute him. A correspondence passed between the two kings, which ended in a treaty of commerce.

The opening of Joppa as a port created a new coasting-trade, and the materials from Tyre were conveyed to that city on floats, and thence to Jerusalem (2 Chronicles 2:16).

In return for these exports, the Phoenicians were only too glad to receive the corn and oil of Solomon’s territory. The results of the alliance did not end here. Now, for the first time in the history of the Jews, they entered on a career as a commercial people.

The foregoing were the two most important to Babylon alliances. The absence of any reference to Babylon and Assyria, and the fact that the Euphrates was recognized as the boundary of Solomon’s kingdom, 2 Chronicles 9:26 suggests the inference that the Mesopotamian monarchies were at this time comparatively feeble. Other neighboring nations were content to pay annual tribute in the form of gifts (2 Chronicles 9:28).

The survey of the influence exercised by Solomon on surrounding nations would be incomplete if we were to pass over that which was more directly personal the fame of his glory and his wisdom.

Wherever the ships of Tarshish went, they carried with them the report, losing nothing in its passage, of what their crews had seen and heard. The journey of the queen of Sheba, though from its circumstances the most conspicuous, did not stand alone.

The first prominent scene in Solomon’s reign is one which presents his character in its noblest aspect. God in a vision having offered him the choice of good things he would have, he chose wisdom in preference to riches or honor or long life.

The wisdom asked for was given in large measure, and took a varied range.
The wide world of nature, animate and inanimate, the lives and characters of men, lay before him, and he took cognizance of all but the highest wisdom was that wanted for the highest work, for governing and guiding, and the historian hastens to give an illustration of it. The pattern-instance is, in all its circumstances, thoroughly Oriental (1 Kings 3:16-28).

In reference to the king’s finances, the first impression of the facts given us is that of abounding plenty.
▪︎ Large quantities of the precious metals were imported from Ophir and Tarshish (1 Kings 9:28).
▪︎ All the kings and princes of the subject provinces paid tribute in the form of gifts, in money and in kind, “at a fixed rate year by year” (1 Kings 10:25).
▪︎ Monopolies of trade contributed to the king’s treasury (1 Kings 10:28,29).
The total amount thus brought into the treasury in gold, exclusive of all payments in kind, amounted to 666 talents (1 Kings 10:14).

It was hardly possible, however, that any financial system could bear the strain of the king’s passion for magnificence.
The cost of the temple was, it is true, provided for by David’s savings and the offerings of the people; but even while that was building, yet more when it was finished one structure followed on another with ruinous rapidity.
All the equipment of his court, the “apparel” of his servants was on the same scale.
A body-guard attended him, “threescore valiant men,” tallest and handsomest of the sons of Israel. Forty thousand stalls of horses for his chariots, and twelve thousand horsemen made up the measure of his magnificence (1 Kings 4:26).
As the treasury became empty, taxes multiplied and monopolies became more irksome.

A description of the temple erected by Solomon is given elsewhere. After seven years and the work was completed and the day came to which all Israelites looked back as the culminating glory of their nation.

We cannot ignore the fact that even now there were some darker shades in the picture.
▪︎ He reduced the “strangers” in the land, the remnant of the Canaanite races, to the state of helots, and made their life “bitter with all hard bondage.”
▪︎ One hundred and fifty-three thousand, with wives and children in proportion, were torn from their homes and sent off to the quarries and the forests of Lebanon (1 Kings 5:15; 2 Chronicles 2:17,18).

And the king soon fell from the loftiest height of his religious life to the lowest depth.
Before long the priests and prophets had to grieve over rival temples to Molech, Chemosh, Ashtaroth and forms of ritual not idolatrous only, but cruel, dark, impure. This evil came as the penalty of another (1 Kings 11:1-8).
He gave himself to “strange women.”
He found himself involved in a fascination which led to the worship of strange gods.