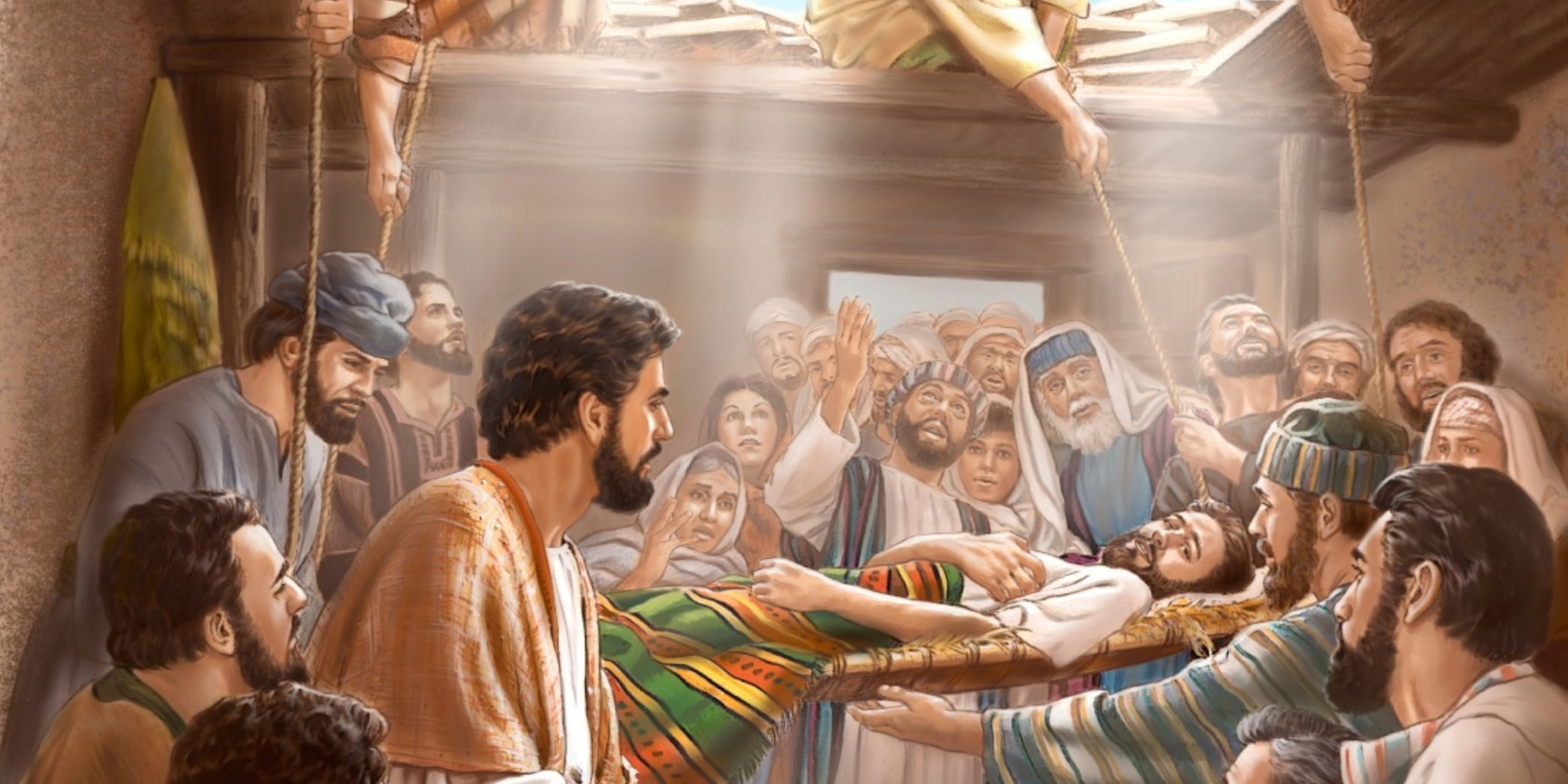 Mark 2:3
And they come¹ unto him,
bringing² one sick of the palsy³,
which was borne⁴ of four.

¹) Coming from one place to another (We are not told from how far they came), and used both, of persons arriving, and of those returning‭.
²) Carrying some burden‭, to move by bearing; or to be conveyed with the suggestion of some force.
³) Paralytic‭, that is disabled, weak of limb, suffering from the relaxing of the nerves of one’s side‭.
⁴) To raise from the ground, and carry (away) what has been raised up.

And they come unto Him
That is, towards the house where Jesus was.

Bringing one sick of the palsy
Matthew 9:2 tells us that they brought a paralytic lying on a bed to Him.

Which was borne of four
A graphic particular which is only told to us by Mark.

How wonderful it must be when you have friends who want to carry your burdens. In all he misses, this paralyzed man is happy to have such friends.

In the firm belief that Jesus can and will help, they bring the paralyzed man to the Savior. But there’s a problem. It is so busy at the house where He is, there’s no getting through. What to do now? Just go back empty-handed? No way!
With the perseverance of faith, a different way is sought: however unusual.
If they cannot go in through the door, they go in through the roof.

We know the outcome.
Not only was the paralyzed healed, but before his healing he first, even received forgiveness of sins.

In the meantime, the question arises with us as to who we actually resemble.
▪︎ To the paralyzed person who could no longer go to Jesus by himself?
▪︎ To the friends who seek a way to Jesus for their friend?
▪︎ Or are we perhaps like the bystanders, the spectators, who, like a roadblock, block the way to Jesus for others?