Micah 2:5 KJV
Therefore thou shalt have none
that shall cast a cord by lot
in the congregation of the Lord .

So, when the Lord ‘s people measure the land again to give fields to everyone, you will get none. You will have nobody to speak on your behalf.

Therefore
Because of the crimes described in Micah 2:1, 2.

Thou
The individual, representing the guilty people in whose name he spoke.

none that … cast a cord by lot
None who shall have any possession measured out.

in the congregation of the Lord
Among the people consecrated to Yahweh.
By covetousness and violence (Micah 2:2) they had forfeited “the portion of Yahweh’s people.” This is God’s implied answer to their complaint of injustice (Micah 2:4).

At certain times the people would measure their fields again and they used border stones, stones with marks on them, to show the borders of their fields.
Micah says here, that God is against those bad people who steal from the poor, so God would not let them have fields again in the future.

Recently we heard the ‘woe to you’. that was said to the great among Israel. They illegally enriched themselves at the expense of poor people. In the above text, God’s judgment on these practices is made concrete: they will have no one to cast a cord by lot.

This expression refers to the customary practice of identifying someone’s inheritance by means of the measuring cord and lot. Having no one toss the cord therefore means as much as, no longer having an inheritance.

The judgments with which they are threatened for those sins, are that they should be humbled, and impoverished (Micah 2:3-5), and banished (Micah 2:10).

That is the chilling fate of all who hold fast to their iniquity.

This also shows us how necessary it is that you and I, in God’s power, fight against all iniquity and seek reconciliation in Christ daily.
So that we, in Him, may be heirs. Heirs of God and fellow heirs of the Christ.

Romans 8:6-17
⁶For the mind set on the flesh is death, but the mind set on the Spirit is life and peace, ⁷because the mind set on the flesh is hostile toward God; for it does not subject itself to the law of God, for it is not even able to do so, ⁸and those who are in the flesh cannot please God.
⁹However, you are not in the flesh but in the Spirit, if indeed the Spirit of God dwells in you. But if anyone does not have the Spirit of Christ, he does not belong to Him.
¹⁰If Christ is in you, though the body is dead because of sin, yet the spirit is alive because of righteousness.
¹¹But if the Spirit of Him who raised Jesus from the dead dwells in you, He who raised Christ Jesus from the dead will also give life to your mortal bodies through His Spirit who dwells in you.
¹²So then, brethren, we are under obligation, not to the flesh, to live according to the flesh – ¹³for if you are living according to the flesh, you must die; but if by the Spirit you are putting to death the deeds of the body, you will live.
¹⁴For all who are being led by the Spirit of God, these are sons of God.
¹⁵For you have not received a spirit of slavery leading to fear again, but you have received a spirit of adoption as sons by which we cry out, “Abba! Father!”
¹⁶The Spirit Himself testifies with our spirit that we are children of God, ¹⁷and if children, heirs also, heirs of God and fellow heirs with Christ, if indeed we suffer with Him so that we may also be glorified with Him. 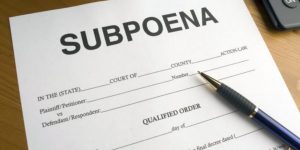