Joel 3:10 KJV
Beat your plowshares into swords,
and your pruninghooks into spears:
let the weak say, I am strong.

When I will execute my judgments against my enemies, I will cause everyone to be ready, and to prepare their weapons to destroy one another, for the sake of My own.

Beat your plowshares into swords
As the foes are desired to “beat their plowshares into swords, and their pruning hooks into spears,” that so they may perish in their unhallowed attack on Judah and Jerusalem, so these latter, and the nations converted to God by them, after the overthrow of the antichristian confederacy, shall, on the contrary, “beat their swords into plowshares, and their spears into pruning hooks,” when under Messiah’s coming reign there shall be war no more (Isaiah 2:4, Hosea 2:18, Micah 4:3).

These provocative words are spoken by the Lord to His enemies. It is the opposite of what will happen at the coming of God’s kingdom of peace (Isaiah 2).

The Lord pushes His enemies in the text to come to Him in the valley of Jehoshaphat with as much weapons and show of arms as possible. This valley is a geographically unknown valley. Presumably we have to think of the literal meaning of this name in Jehoshaphat: “The Lord keeps judgment”.

Thus the Lord calls the nations, who do not fear and serve Him, to appear before His judgment seat. There awaits a terrible doom. The day of the Lord is near.

Let the weak say, I am strong
So universal shall be the rage of Israel’s foes for invading her, that even the weak among them will fancy themselves strong enough to join the invading forces.
Age and infirmity were ordinarily made valid excuses for exemption from service, but so mad shall be the fury of the world against God’s people, that even the feeble will not desire to be exempted (compare Psalms 2:1-3).

This Scripture also speaks of the Lord as the Refuge of His people. We are therefore urged to self-examine here. Whether we somehow oppose the Lord or take refuge in Him in our sin.

There is such a big difference between the righteous and the wicked. 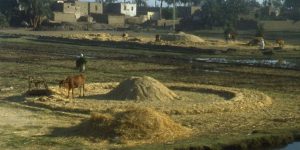 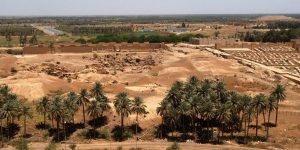