Oxfam: hunger from corona crisis may be more deadly than virus

Due to the social and economic consequences of the corona pandemic, more people may starve to death by the end of the year than the virus itself. Oxfam Novib states this in a new report.

By the end of 2020, 12,000 people worldwide may die daily due to a lack of food, the human rights organization’s report ‘The Hunger Virus’ said. He writes that by then the number is potentially higher than the daily death rate of the corona virus.

According to Oxfam Novib, the social and economic consequences of the lung virus mean that an estimated 121 million people will be at extra risk of starvation by 2020. Mass unemployment, disruptions in food production and declining humanitarian aid are some of the causes.

“The consequences of the corona pandemic are causing even more people who are already struggling with the effects of war, climate change and economic inequality to face serious food shortages,” said Michiel Servaes, general manager of the human rights organization.

The report highlights nine countries and one region most affected by the economic impact of the corona virus, including Yemen, Venezuela, Sudan and Ethiopia. However, serious food shortages are also imminent in countries with middle-income residents such as India and Brazil.

Women are particularly affected by the pandemic, the report found. They are important in the production of food, for example as a small-scale farmer or as a worker in production chains. Closing schools increases their care duties and they often earn less than men.

“Governments need to take measures to contain the spread of the deadly coronavirus,” Servaes says, “but it is just as important that they prevent the consequences of killing more people from starvation than from the disease itself.” 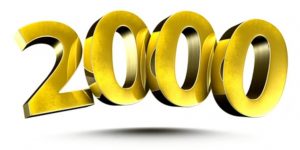