How did that happen?

Martin Luther had a good education.
Actually, he could have become a lawyer. But he didn’t want to.
His fear of God was so great that he thought he had to enter the monastery.
He thought that by doing this, he might be able to appease God.

But his theological study and sober lifestyle did not bring him peace.
Until he started reading the Bible himself.

Paul’s explanation that we can become righteous before God only through faith and nothing else at all hit him like a bomb.

He threw himself hungrily at all the other letters from Paul and at the Gospels.
It became increasingly clear to him: Only Jesus gives a righteous heart, and you cannot earn or buy that in any way.

Luther was unable to keep his mouth shut when this dawned on him.
He wanted the monk Tetzel, who offered forgiveness of sins for a fee (indulgence), to stop from spreading such lies.

Luther could not stand by idly while so much abuse was being made of the ignorance of the people.

Luther proposed an academic discussion of the practice and efficacy of indulgences in his Ninety-five Theses of 1517.

The authorities did not like his ideas at all. His refusal to renounce all of his writings at the demand of Pope Leo X in 1520 and the Holy Roman Emperor Charles V at the Diet of Worms in 1521 resulted in his excommunication by the pope and condemnation as an outlaw by the Holy Roman Emperor.

The result was that he had to flee.
His friends kidnapped him and took him to the Wartburg. 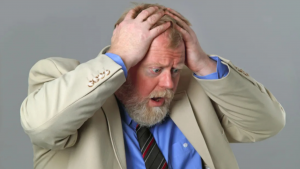