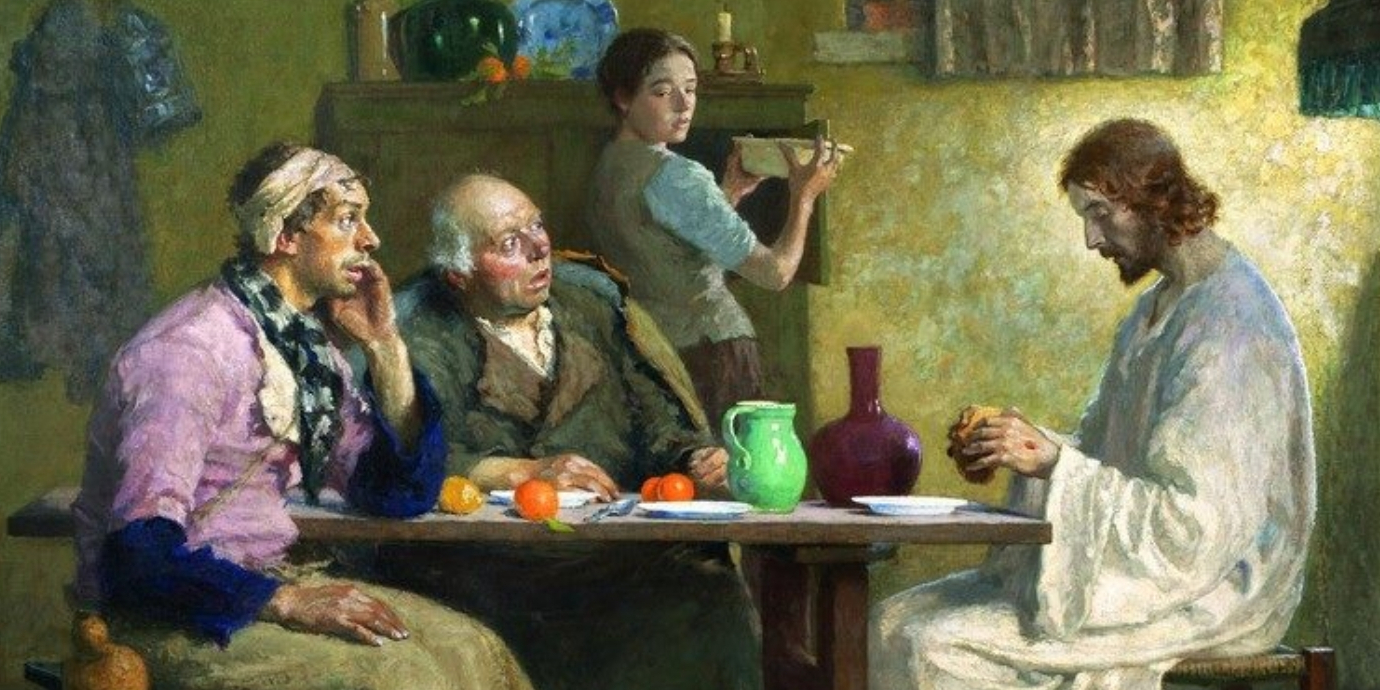 Luke 24:31 NASB
Then their eyes were opened
and they recognized Him;
and He vanished from their sight.

Then the great moment has come for those who were on their way to Emmaus.
The teaching of the Christ has reached its goal.
They at last understood from the scriptures, that the Christ had to go this way, and that He has now risen, and lives.

They believed, even though they did not yet recognize the Stranger.
Their hearts were burning.
And burning hearts are not obtained by unbelief.

Unbelief extinguishes all fire in the heart.
Unbelief is always cold and hard.
Unbelief sees nothing and does not rejoice.

But faith rejoices because of the Word.
And when their faith came alive,
the Lord opened their eyes so they could recognize Him.

They did not recognize Him by the breaking of the bread itself.
Their eyes were opened.
They were now allowed to see who was talking to them.

It is only for a moment, because he is soon after that out of their sight.
He doesn’t have to stay now either.
Because from that moment they will have to continue with the word.
His physical presence will soon be completely gone.
Then they will have to live by faith from the Word, and that is still the way all Christians live today. Knowing that one day He will return.