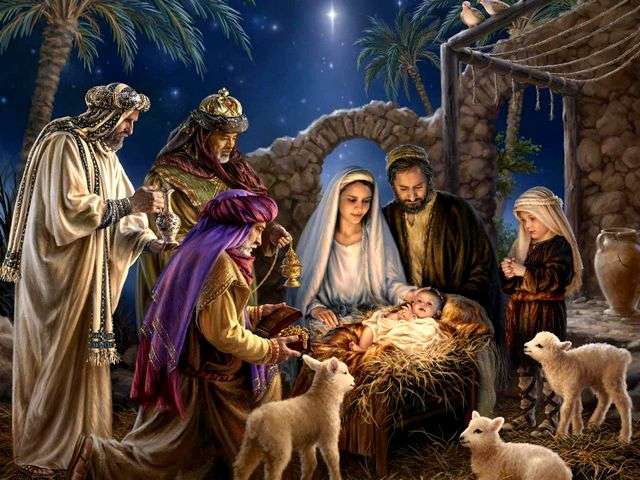 Luke 2:6
While they were there,
the days were completed for her to give birth.

After all the Christmas celebrations that already have been, Luke 2 will again be opened in many churches this coming Christmas, and many will hear or read the ancient Christmas Gospel again.

Strange that someone is thinking about the birth of Jesus outside of Christmas, I once heard someone say. But is that actually the case?
Isn’t it much weirder that, only around the date of December 25, instituted by a pope, which is also not the birthday of Jesus, the churches are dwelling on this hugely influential gift that God has given to people?

How many times have we read or heard the words of this text?
Often without even thinking about it.

Mary’s days were fulfilled, and she would bear the Child.
But not only were the days of Mary fulfilled, but also the days of God’s promise, that there would come a Messiah to take away sins, was finally fulfilled.

For centuries, people had been eagerly awaiting it.
The pious of the early days, like Abraham, Isaac and Jacob have longed for the day of the Savior’s birth. But they were not allowed to experience it during their life on earth. He came no earlier than when the proper time had come. Exactly at the time determined by God.

It is the same in the heart of man. He is also born there. (You must be born again). But note: That too happens in God’s time.
God the Father gives birth in the soul of that man, who still misses the born King, but cannot do without Him, but cannot miss Him. Even today, the Lord can make it the first day of a new life for such a person. Just ask for it!