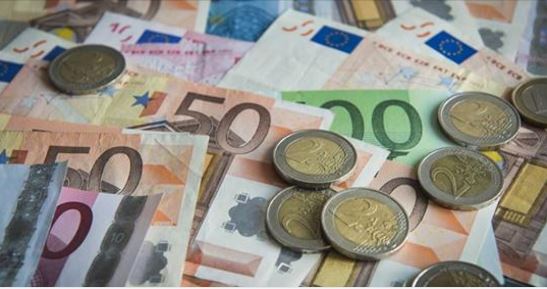 Matthew 25:13-32
¹³Be on the alert then, for you do not know the day nor the hour.
¹⁴For it is just like a man about to go on a journey, who called his own slaves and entrusted his possessions to them.
¹⁵To one he gave five talents, to another, two, and to another, one, each according to his own ability; and he went on his journey.
¹⁶Immediately the one who had received the five talents went and traded with them, and gained five more talents.
¹⁷In the same manner the one who had received the two talents gained two more.
¹⁸But he who received the one talent went away, and dug a hole in the ground and hid his master’s money.

²⁴And the one also who had received the one talent came up and said, ‘Master, I knew you to be a hard man, reaping where you did not sow and gathering where you scattered no seed.
²⁵And I was afraid, and went away and hid your talent in the ground. See, you have what is yours.’
²⁶But his master answered and said to him, ‘You wicked, lazy slave, you knew that I reap where I did not sow and gather where I scattered no seed.
²⁷Then you ought to have put my money in the bank, and on my arrival I would have received my money back with interest.

²⁸Therefore take away the talent from him, and give it to the one who has the ten talents.’
²⁹For to everyone who has, more shall be given, and he will have an abundance; but from the one who does not have, even what he does have shall be taken away.
³⁰Throw out the worthless slave into the outer darkness; in that place there will be weeping and gnashing of teeth.

³¹But when the Son of Man comes in His glory, and all the angels with Him, then He will sit on His glorious throne.
³²All the nations will be gathered before Him; and He will separate them from one another, as the shepherd separates the sheep from the goats.

To summarize this the parable:
It speaks of a rich man who leaves for an extended period of time, and his servants who did not know when their master would return.
While he was away he entrusted his possessions to them.
He gave each servant a different sum. Each of them received an considerable amount; each according to their abilities. One received five talents, another received two, and the last received one.
When the rich man returns, he finds that the first servant doubled his five talents and now has ten, the second servant doubled his two talents and now has four, but the last one hid his talent and never used it.
The rich man rewards the first two for their efforts and punishes the third one for his “wicked and slothful” behavior.

Although the parable is not about the money, I still want to give you some idea what Jesus was using here in his parable.
Jesus is speaking of talents, and when used as a measure of money, it refers to a talent-weight of gold or of silver. The gold talent is reported as weighing roughly the same as a person.
On November 26 (2019), I saw that the international price of gold was about US $ 46.876 per kilogram.
The common talent, used in New Testament times, was 58.9 kilograms.
So, at this price, one talent (58.9 kg) would be worth about $ 2,760,996.40
One talent was an incredible amount of money.

As I said, the parable is not about money, but this does show that each of us received plenty of talents, of opportunities, and of possibilities to work for our master. Nobody can say I cannot do anything.
Ofcourse the one with 10 talents can do more than the one with 1 talent, but…
▪︎ We all can serve God in the position where He placed us.
▪︎ We all can testify of His greatness.
▪︎ And we all can share the Gospel with people around us.
To one it is given to speak to tens of thousands and lead hundreds to the Lord, and to an other it is given to bring their friend, or their neighbor to the Lord.
But none of us has a valid reason to let people around you to get lost for all eternity.

Remember, the talents God gave you are not your possession.
It is His, so also in this we have no reason whatsoever to boast.
It was entrusted to us, to take care for, and to use it wisely.

Technically, the third man didn’t lose any.
The full talent he received was still there.
He returned the exact same amount the ruler had given him in the first place.

The rich man knew that this man was able to handle his 1 talent. But he didn’t. In fact he showed fear rather than prudence. It was a waste of the rich man’s investment, because this third man didn’t even try to do anything to improve his circumstances.

This third man was so afraid of losing his master’s money, that he hid it away.
He was afraid that if he took a risk, it wouldn’t pay off.
But the rich man saw it as slothful behavior and cast the third man away.

What is holding you back from sharing the Gospel with your friends or your neighbors? It is true, you may lose some friends, or the contact with your neighbors, but you could also win them out of the claws of satan and win them for eternity!

Don’t say you cannot do it. For you have already seen that God gave you more than enough to start with. Don’t compare yourself to others who may have received more talents, or different gifts to work with.

God gave you too talents according to your abilities.
God entrusted you with it, and now it is up to you to decide how to utilize your talents, your opportunities, and your possibilities. Don’t hide them away.

When you look around, you will see that…
▪︎ Some people appear to be more blessed than others.
▪︎ Some are more naturally talented
▪︎ And some were born in better financial circumstances than others.

So stop comparing your talents and circumstances to those around you.
You may have received one talent, or you may have been blessed with two talents, while your next door neighbor was blessed with five talents, but as long as you continuously work with what was entrusted to you, you know from the Bible that you will in the end receive the same reward.

Let us be wise in how we use the blessings our Heavenly Father has entrusted us with, knowing that we received more than enough to do whatever He expects us to do.
But don’t hide your talent(s), work with them!
Use the opportunities God gives you!
So you too will one day hear the words, “Well done, thou good and faithful servant; thou hast been faithful over a few things, I will make thee ruler over many things: enter into the joy of your Lord.”