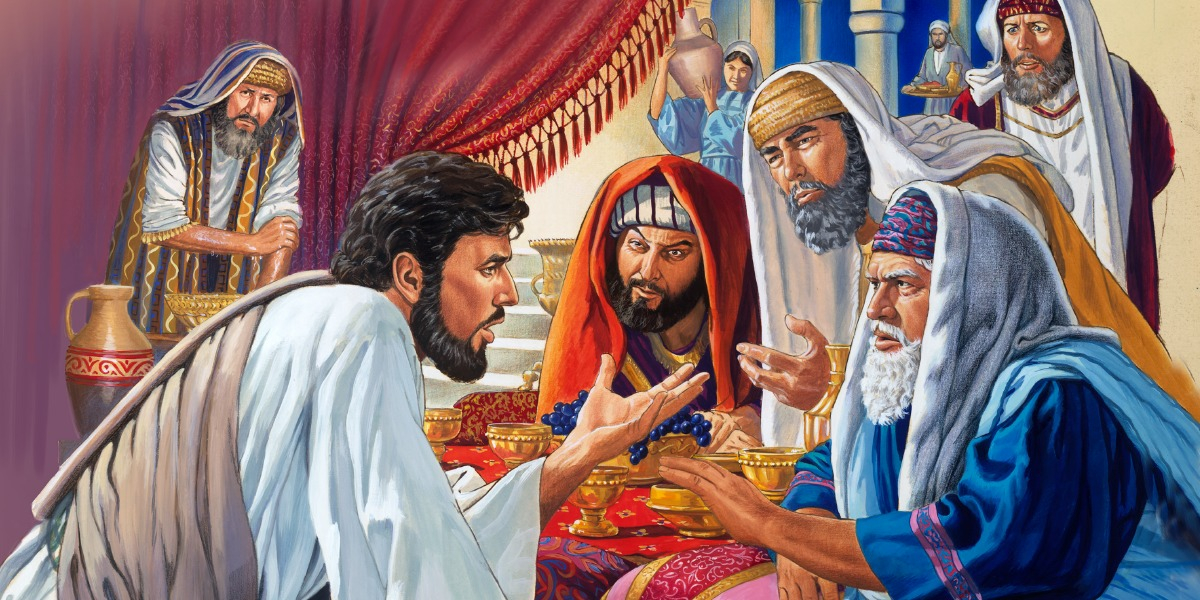 The Pharisees are a religious party or school among the Jews at the time of Christ, so called from perishin, the Aramaic form of the Hebrew word perushim, “separated.”

The chief sects among the Jews were the Pharisees, the Sadducees and the Essenes, who may be described respectively as the Formalists, the Freethinkers and the Puritans.

A knowledge of the opinions and practices of the Pharisees at the time of Christ is of great importance for entering deeply into the genius of the Christian religion.
A cursory perusal of the Gospels is sufficient to show that Christ`s teaching was in some respects thoroughly antagonistic to theirs.

To understand the Pharisees is by contrast an aid toward understanding the spirit of uncorrupted Christianity.

The fundamental principle all of the of the Pharisees, common to them with all orthodox modern Jews, is that by the side of the written law regarded as a summary of the principles and general laws of the Hebrew people there was on oral law to complete and to explain the written law, given to Moses on Mount Sinai and transmitted by him by word of mouth.

The first portion of the Talmud, called the Mishna or “second law,” contains this oral law. It is a digest of the Jewish traditions and a compendium of the whole ritual law, and it came at length to be esteemed far above the sacred text.

While it was the aim of Jesus to call men to the law of God itself as the supreme guide of life, the Pharisees, upon the pretence of maintaining it intact, multiplied minute precepts and distinctions to such an extent that the whole life of the Israelite was hemmed in and burdened on every side by instructions so numerous and trifling that the law was almost if not wholly lost sight of.

These “traditions” as they were called, had long been gradually accumulating.
Of the trifling character of these regulations innumerable instances are to be found in the Mishna.

Such were their washings before they could eat bread, and the special minuteness with which the forms of this washing were prescribed;
▪︎ their bathing when they returned from the market;
▪︎ their washing of cups, pots, brazen vessels, etc.;
▪︎ their fastings twice in the week, (Luke 18:12)
▪︎ their tithing; (Matthew 23:23) and such,
finally, were those minute and vexatious extensions of the law of the Sabbath, which must have converted God`s gracious ordinances.

It was a leading aim of the Redeemer to teach men that true piety consisted
▪︎ not in forms, but in substance,
▪︎ not in outward observances, but in an inward spirit.

The whole system of Pharisaic piety led to exactly opposite conclusions.
The lowliness of piety was, according to the teaching of Jesus, an inseparable concomitant of its reality; but the Pharisees sought mainly to attract the attention and to excite the admiration of men. (Matthew 6:2,6,16; 23:5,6; Luke 14:7)

Indeed the whole spirit of their religion was summed up not in confession of sin and in humility, but in a proud self righteousness at variance with any true conception of man’s relation to either God or his fellow creatures.

With all their pretences to piety they were in reality avaricious, sensual and dissolute (Matthew 23:25; John 13:7).
They looked with contempt upon every nation but their own (Luke 10:29).
Finally, instead of endeavoring to fulfill the great end of the dispensation whose truths they professed to teach, and thus bringing men to the Hope of Israel, they devoted their energies to making converts to their own narrow views, who with all the zeal of proselytes were more exclusive and more bitterly opposed to the truth than they were themselves (Matthew 22:15).

The Pharisees at an early day secured the popular favor and thereby acquired considerable political influence.
This influence was greatly increased by the extension of the Pharisees over the whole land and the majority which they obtained in the Sanhedrin.

Their number reached more than six thousand under the Herods.
Many of them must have suffered death for political agitation.
In the time of Christ they were divided doctrinally into several schools, among which those of Hillel and Shammai were most noted (McClintock and Strong).

One of the fundamental doctrines of the Pharisees was a belief in a future state.
They appear to have believed in a resurrection of the dead, very much in the same sense: as the early Christians.
They also believed in “a divine Providence acting side by side with the free will of man.” (Schaff).

It is proper to add that it would be a great mistake to suppose that the Pharisees were wealthy and luxurious much more that they had degenerated into the vices which were imputed to some of the Roman popes and cardinals during the two hundred years preceding the Reformation.

Josephus compared the Pharisees to the sect of the Stoics.
He says that they lived frugally, in no respect giving in to luxury. We are not to suppose that there were not many individuals among them who were upright and pure, for there were such men as Nicodemus, Gamaliel, Joseph of Arimathea and Paul.