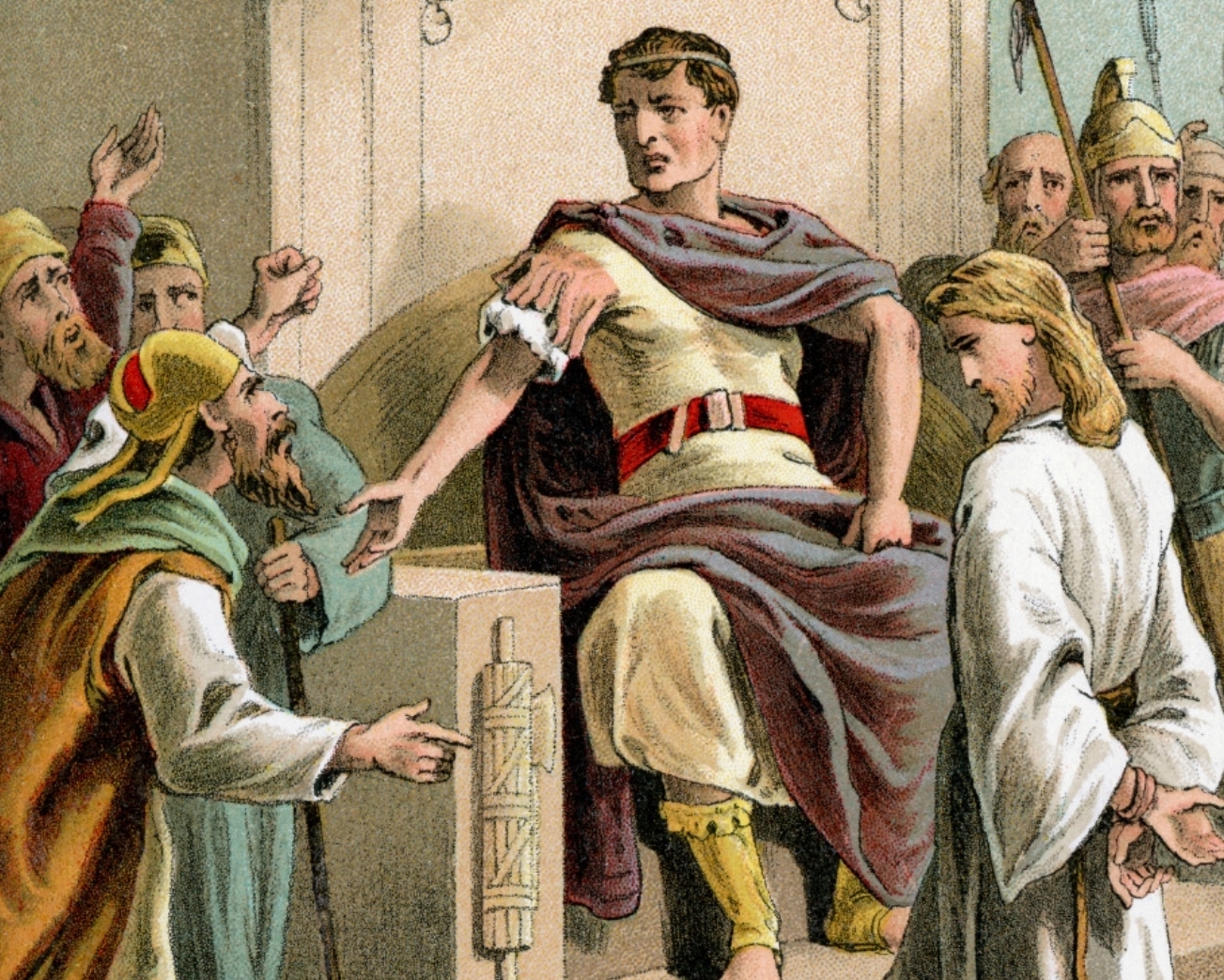 Matthew 27:19
When he (Pilate) was set down on the judgment seat,
his wife sent unto him, saying,
“Have thou nothing to do with that just man:
for I have suffered many things this day
in a dream because of him”.‭

Small things may teach great lessons.
We actually know almost nothing about Pilate’s wife, not even her name. The only thing we know about her, is what the Bible tells us here in this verse.
And still we can even learn something from her, and from this verse.

Pilate’s wife had a dream about Jesus.
God has spoken to Jews through dreams, but also to Gentiles.
For example:

Like Pilate’s wife warned her husband to stay away from judging Jesus, we too should warn the world about talking negative about Him, for this will not be without consequences.

Pilate’s wife confessed that Jesus is a Just man

After she received the revelation about Jesus, she immediately confessed that Jesus is a Just man and she passed this message to her husband.
While people demand His death and are shouting in front of pilate “crucify Jesus”, the message from his wife comes to him. “Have thou nothing to do with that just man: for I have suffered many things this day in a dream because of him”.‭
She made this statement with boldness.

Although we today do no longer need dreams to know God’s will, because God is speaking to us through the scriptures which we have in the Bible, He still sometimes gives special messages through dreams and visions.

When God is speaking to us through the Scriptures we should listen to His voice and do what he says.
When we have received and understood the message, we should share it, and confess about Jesus to the people.

Philippians 2:11
Every tongue should confess that Jesus Christ ‭is‭ Lord,
to the glory of God the Father.‭