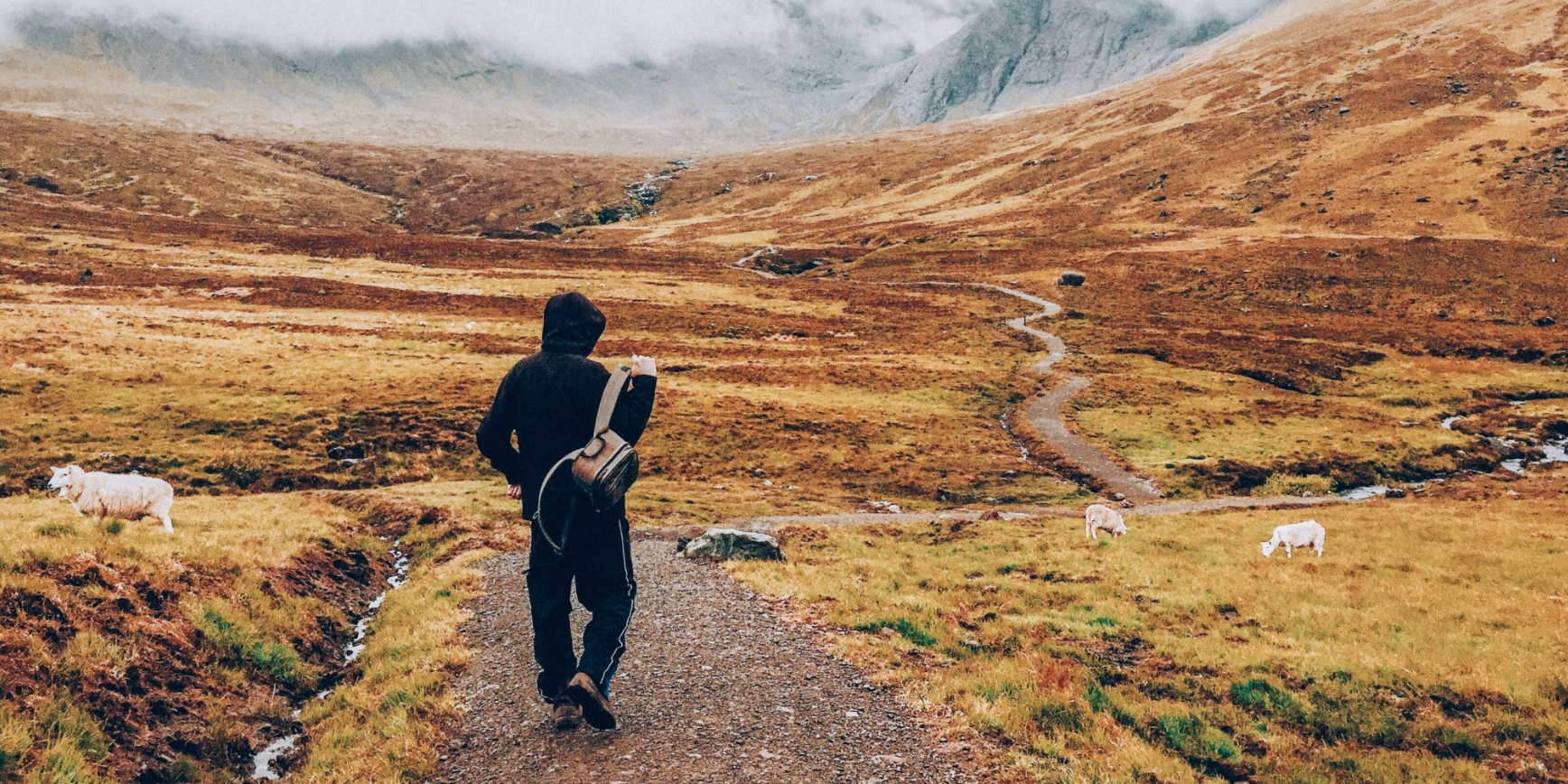 The pathway of Grace.

Exodus 13:18 KJV
But God led the people ABOUT,
[through] the way of the wilderness of the Red sea:
and the children of Israel went up
harnessed out of the land of Egypt.

Exodus 13:18 NASB
Hence God led the people around by the way of the wilderness to the Red Sea; and the sons of Israel went up in martial array from the land of Egypt.

But God led the people about.

Or, led the people a circuit; took them, not by the direct route, through Pelusium, past Lake Serbônis, to Rhinocolura and Gaza, but led them by the most circuitous route possible.
The way of the Red Sea and the wilderness of Sinai to the Transjordanic region, the land of the Amorites, and so across Jordan to Canaan.

We see and learn in this verse

When English soldiers were marching up the heights of Alma, meeting the Russians who were marching down towards the English lines, there came a command for the English company to divide. A part of them had to turn to the left and march along the side of the hill.

When the soldiers received the order it seemed at first to them to be a foolish instruction. There were Russians marching straight towards them, and yet half of them were to turn away when the enemy was close upon them!

But the order was not long considered foolish.
Those that turned to the left soon found that a company of Russians had been secretly coming up the side of the hill to attack the English who were unaware of their presence.

The commander-in-chief could see all the movements of the enemy from the hill on which he stood, while those that were perplexed at his orders, could see only a small portion of the field.

In a similar way does God who orders our life, see all the movements of the powers of darkness, and instructs us for the next steps we have to take, delivering us from their plots and designs.

He may lead us about, around dangers we don’t even know they exist, and by a way we have no knowledge of.