Mark 3:1-6
¹He entered again into a synagogue; and a man was there whose hand was withered.
²They were watching Him to see if He would heal him on the Sabbath, so that they might accuse Him.
³He said to the man with the withered hand, “Get up and come forward!”
⁴And He said to them, “Is it lawful to do good or to do harm on the Sabbath, to save a life or to kill?” But they kept silent.
⁵After looking around at them with anger, grieved at their hardness of heart, He said to the man, “Stretch out your hand.” And he stretched it out, and his hand was restored.
⁶The Pharisees went out and immediately began conspiring with the Herodians against Him, as to how they might destroy Him.

Again we read of a dispute between Jesus and some Pharisees (See Mark 3:1,2 and Luke 6:6,7). The Pharisees want to kill Jesus because He draws many people to Himself, and teaches other things than they would like to see. That’s why they watch Him closely to see if they can catch Him breaking one of their rules.

Why is Jesus so unyielding?
Why doesn’t He say to that man with the withered hand, “Come back tomorrow.”
That’s because Jesus is on a completely different wavelength from the Pharisees.

According to Jewish rules, you can only heal someone on the Sabbath if there is danger to life. And that is not the case with this man. Presumably this is a muscle atrophy, which has delayed the growth of the hand.

But Jesus does not distinguish between being healed with or without danger to life. He’s meeting someone here in need of salvation, healing, even if that meeting happens to happen on the Sabbath. Do you see how unjustified the attitude of those Pharisees is?

You will also have noticed that Jesus never breaks the laws of the Old Testament. Rather, Jesus regularly quotes from the Old Testament and shows reverence for God’s Word. No, the annoyance is precisely about Jesus’ handling of the many hundreds of Jewish rules that have been added over the years, by them, their predecessors, and in their tradition. And in this case again about a Sabbath commandment.

Without realizing it, the Pharisees are also at work on the day of rest.
Not with harvesting or healing, but with the works of the law, and later that sabbath the work of planning murder.

But there is one more thing: such a legalistic attitude also destroys a lot. For example, they have absolutely no eye for that man and his shriveled hand. Jesus must take a position against such an attitude, don’t you think?

Jesus tries to change the mind of the Pharisees on their wavelength. After all, they are so good at casuistry (In casuistry, exceptions to the rule are laid down)?

Jesus asks, “May you do good or evil on the Sabbath, save or kill a life?” But although they did not respond, they must have felt that Jesus completely saw through them. Because doing harm and planning to kill is exactly what they would do a little later that same day.

In harmony with His divine power, Jesus sees through them and contrasts His healing of this man and their plans to kill Him: may you save a life or kill a life on the Sabbath (Mark 3:4)?
They have nothing to say in return. And Jesus is angry and sad about their negative attitude, about the hardening of their hearts (Mark 3:5). It really doesn’t affect them! Jesus cannot open up their legalistic thinking.

And then He heals that man anyway. He says, “Stretch out your hand.”
Again a tough one for the Pharisees: may, or may you not ask someone to extend their hand on the day of rest?
The hand became healthy again at that very moment (Mark 3:5).

The original Greek text states that his hand was “restored again.” That word restore precisely points to the purpose of the coming of Jesus and of his work. He came to restore the earth and mankind, to bring mankind and all creation back into Paradise (Compare Acts 3:21; 2 Peter 3:13; Revelation 22: 1-5).

But the Pharisees have already decided: Jesus must die.

▪︎ Having someone reach out a hand was considered to be making someone work on the Sabbath.
▪︎ Healing a person, and thereby giving him back the opportunity to earn an income so that he does not have to beg for clothing and food, they viewed as malicious, because in their eyes that would be working on the Sabbath.
▪︎ But calling a meeting with the Herodians to plan a murder … Well, they think they are allowed to do that on the Sabbath.

They want to condemn a healing on the Sabbath, but their own plans to kill Jesus are apparently okay (Mark 3:6).

For we read that they immediately allied themselves with the Herodians (followers of Herod Antipas and their natural opponents, who were on the hand of the Romans (Cf. Mark 12:13)) to kill Jesus (Mark 3:6; Cf. Mark 12:13). Apparently that is allowed by them on the day of rest …

▪︎ How do I deal with Sundays myself?
▪︎ Am I on the right wavelength?

▪︎ Thank God that you live from His work.
▪︎ Thank the Lord for the day of rest.
▪︎ Ask the Lord to help you live this day meaningfully. 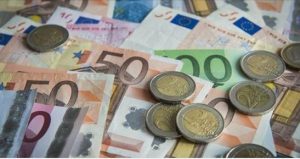 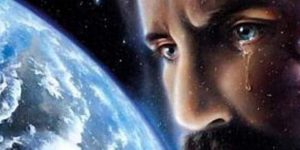 Trying to accuse Him