Micah 1:15 KJV
Yet will I bring an heir unto thee,
O inhabitant of Mareshah:
he shall come unto Adullam
the glory of Israel

People in Mareshah, I (God) will bring an army against you, to fight your town. And it will win. And Israel’s leaders will need to hide at Adullam. The verses 10 to 15 may tell how Assyria attacked Judah in 701 BC

Yet will I bring an heir unto thee
As you art now occupied by possessors who expelled the former inhabitants, so will I bring “yet” again the new possessor, namely, the Assyrian foe.
Other heirs will supplant us in every inheritance but that of heaven.

Inhabitant of Mareshah
Micah now prophesies against his own city: and because it signified a heritage, he says that God would send an heir to possess it.
‭‭‭It was one of the cities in the lowlands of Judah ‭

Adullam the glory of Israel
This is how they thought themselves, because of the strength of their cities.

‭‭Adullam means “justice of the people”‭. It is a town of the Canaanites allotted to Judah and lying in the lowlands, and the site of the cave where David hid. 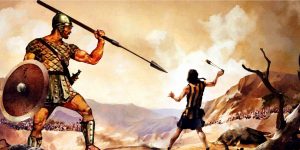 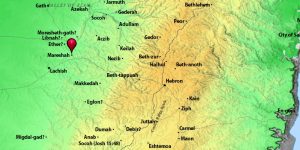