After the four Gospels, the Bible book “Acts of the Apostles” tells us how the first Christians are doing. It mainly describes the journeys of the apostle Paul.
The book was written by the same Luke who also wrote the Gospel about the life of Jesus.

After this bible book follows a collection of letters – long and short letters. In it, things are explained to believers about the faith in Jesus. It also says how God wants them to live.
All kinds of problems are discussed: quarrel, division, other ideas about faith, bad marriages, and so on. People receive good advice about this in the letters.

There are letters from Paul to the Christians in Rome, Corinth, Galatia, Ephesus, Philippi, Colosse and Thessalonica. These letters are not in the order in which they were written, but in order of length. The letters are named after the residents of those cities: 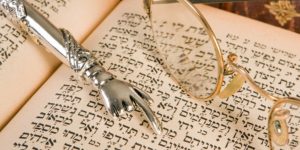