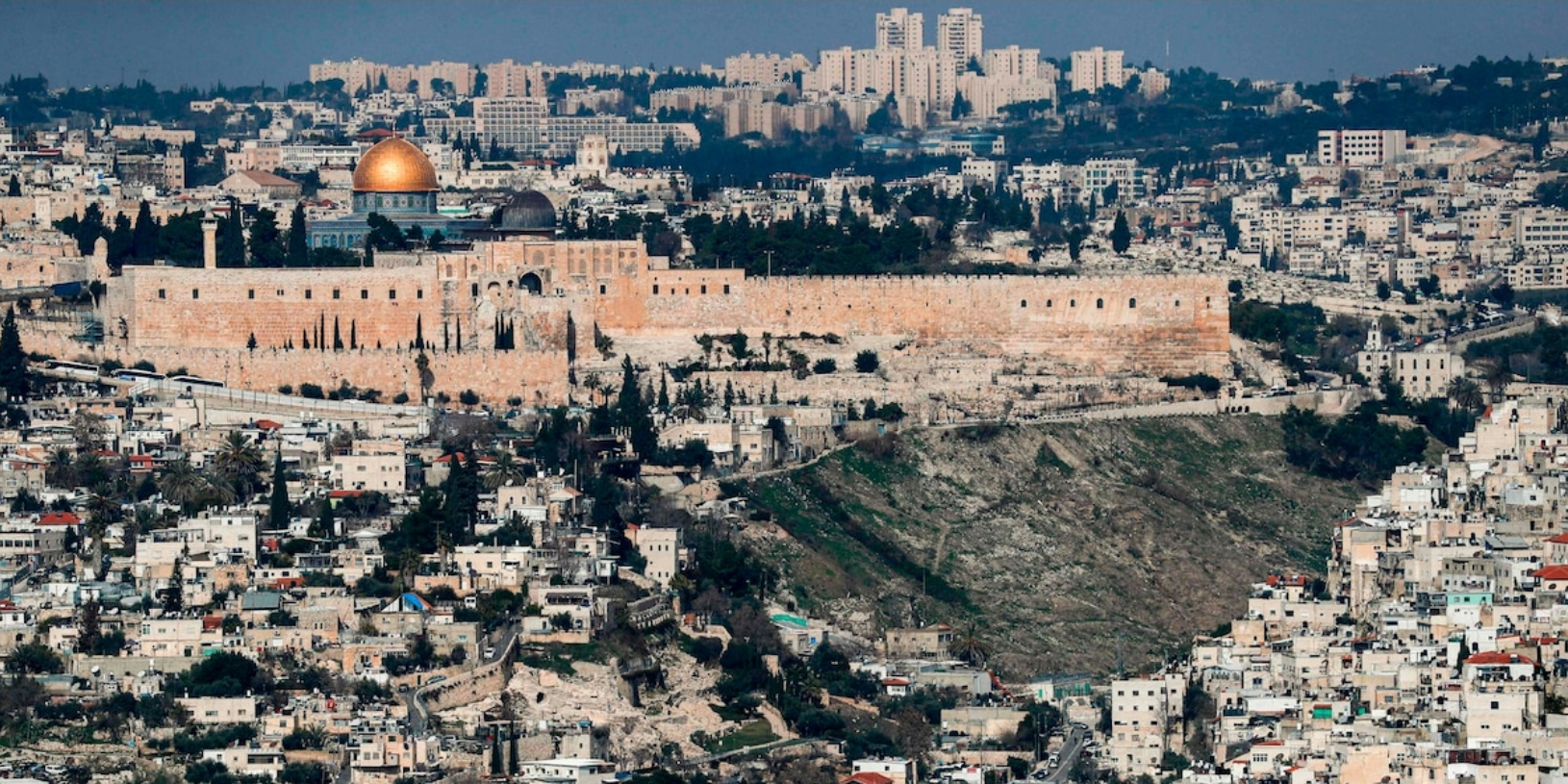 Jerusalem was also called “Salem”, “Ariel”, “Jebus”, the “city of God,” the “holy city”; by the modern Arabs “el–Khuds”, meaning “the holy”; and once “the city of Judah” ‭(2 Chronicles 25:28‭).
This name is in the original in the dual form, and means “possession of peace,” or “foundation of peace.”
The dual form probably refers
▪︎ to the two mountains on which it was built, being Zion and Moriah;
▪︎ or, as some suppose, to the two parts of the city, the “upper” and the “lower city.”

It stands on the edge of one of the highest table-lands in Palestine, and is surrounded on the south-eastern, the southern, and the western sides by deep ravines.
The first time it is mentioned in Scripture, it is with the name Salem, meaning peace (Genesis 14:18;‭ compare Psalms 76:2‭)

When it was for the first time mentioned under the name Jerusalem, Adonizedek (Adoni–zedek means “my lord is righteous”‭) was its king ‭(Joshua 10:1‭).
It is afterwards named among the cities of Benjamin ‭(Judges 19:10; 1 Chronicles 11:4‭) but in the time of David it was divided between Benjamin and Judah.

After the death of Joshua the city was taken and set on fire by the men of Judah (Judges 1:1–8‭) but the Jebusites were not wholly driven out of it.
The city is not again mentioned until we are told that David brought the head of Goliath there (1 Samuel 17:54‭).
David afterwards led his forces against the Jebusites still residing within its walls, and drove them out, fixing his own dwelling on Zion, which he called “the city of David” ‭(2 Samuel 5:5–9; 1 Chronicles 11:4–8‭).
Here he built an altar to the Lord on the threshing–floor of Araunah the Jebusite (2 Samuel 24:15–25‭) (Araunah means “I shall shout for joy” or “make ye to shine” (‭2 Samuel 24:16‭) or “joyful shouting of Jah” (‭2 Samuel 24:18‭)) and there he brought the ark of the covenant and placed it in the new tabernacle which he had prepared for it.

Jerusalem now became the capital of the kingdom.

The desolation of the city and the land was completed by the retreat of the principal Jews into Egypt ‭(Jeremiah 41:1–43:7‭) and by the final carrying captive into Babylon of all that still remained in the land ‭(Jeremiah 52:3‭) so that it was left without an inhabitant (B.C. 582). Compare this to the predictions, ‭(Deuteronomy 28:1ff.; Leviticus 26:14–39‭)

But the streets and walls of Jerusalem were again to be built, in troublous times ‭(Daniel 9:16,19,25‭) after a captivity of seventy years.
This restoration was begun B.C. 536 “in the first year of Cyrus” ‭(Ezra 1:2,3,5–11‭).
The Books of Ezra and Nehemiah contain the history of the re–building of the city and temple, and the restoration of the kingdom of the Jews, consisting of a portion of all the tribes.

The kingdom thus constituted was for two centuries under the dominion of Persia, till B.C. 331 and thereafter, for about a century and a half, under the rulers of the Greek empire in Asia, till B.C. 167
For a century the Jews maintained their independence under native rulers, the Asmonean princes.
At the close of this period they fell under the rule of Herod and of members of his family, but practically under Rome, till the time of the destruction of Jerusalem, A.D. 70. The city was then laid in ruins.

The modern Jerusalem by-and-by began to be built over the immense beds of rubbish resulting from the overthrow of the ancient city; and whilst it occupies certainly the same site, there are no evidences that even the lines of its streets are now what they were in the ancient city.
Till A.D. 131 the Jews who still lingered about Jerusalem quietly submitted to the Roman sway. But in that year the emperor (Hadrian), in order to hold them in subjection, rebuilt and fortified the city.
The Jews, however, took possession of it, having risen under the leadership of one Bar–Chohaba (i.e., “the son of the star”) in revolt against the Romans.

Some four years afterwards (A.D. 135) however, they were driven out of it with great slaughter, and the city was again destroyed; and over its ruins was built a Roman city called Aelia Capitolina, a name which it retained till it fell under the dominion of the Muslims, when it was called el–Khuds (i.e., “the holy).”

In A.D. 326 Helena, mother of the emperor Constantine, made a pilgrimage to Jerusalem with the view of discovering the places mentioned in the life of our Lord. She caused a church to be built on what was then supposed to be the place of the nativity at Bethlehem.
Constantine, animated by her example, searched for the holy sepulchre, and built over the supposed site a magnificent church, which was completed and dedicated A.D. 335. He relaxed the laws against the Jews till this time in force, and permitted them once a year to visit the city and wail over the desolation of “the holy and beautiful house.”

In A.D. 614 the Persians, after defeating the Roman forces of the emperor Heraclius, took Jerusalem by storm, and retained it till A.D. 637 when it was taken by the Arabians under the Khalif Omar. It remained in their possession till it passed, in A.D. 960 under the dominion of the Fatimite khalifs of Egypt, and in A.D. 1073 under the Turcomans.

In A.D. 1099 the crusader Godfrey of Bouillon took the city from the Moslems with great slaughter, and was elected king of Jerusalem. He converted the Mosque of Omar into a Christian cathedral.
During the eighty–eight years which followed, many churches and convents were erected in the holy city. The Church of the Holy Sepulchre was rebuilt during this period, and it alone remains to this day.

In A.D. 1187 the sultan Saladin wrested the city from the Christians. From that time to the present day, with few intervals, Jerusalem has remained in the hands of the Moslems. It has, however, during that period been again and again taken and retaken, demolished in great part and rebuilt, no city in the world having passed through so many vicissitudes.

In the year 1850 the Greek and Latin monks residing in Jerusalem had a fierce dispute about the guardianship of what are called the “holy places.” In this dispute the emperor Nicholas of Russia sided with the Greeks, and Louis Napoleon, the emperor of the French, with the Latins.
This led the Turkish authorities to settle the question in a way unsatisfactory to Russia. Out of this there sprang the Crimean War, which was protracted and sanguinary, but which had important consequences in the way of breaking down the barriers of Turkish exclusiveness.

Modern Jerusalem “lies near the summit of a broad mountain–ridge, which extends without interruption from the plain of Esdraelon to a line drawn between the southern end of the Dead Sea and the southeastern corner of the Mediterranean.” This high, uneven table–land is everywhere from 20 to 25 geographical miles in breadth. It was anciently known as the mountains of Ephraim and Judah.

“Jerusalem is a city of contrasts, and differs widely from Damascus, not merely because it is a stone town in mountains, whilst the latter is a mud city in a plain, but because while in Damascus Moslem religion and Oriental custom are unmixed with any foreign element, in Jerusalem every form of religion, every nationality of East and West, is represented at one time.”

Jerusalem is first mentioned under that name in the Book of Joshua, and the Tell–el–Amarna collection of tablets includes six letters from its Amorite king to Egypt, recording the attack of the Abiri about B.C. 1480.

The name is there spelt Uru–Salim (“city of peace”). Another monumental record in which the Holy City is named is that of Sennacherib’s attack in B.C. 702 The “camp of the Assyrians” was still shown about A.D. 70 on the flat ground to the north-west, included in the new quarter of the city.

The city of David included both the upper city and Millo, and was surrounded by a wall built by David and Solomon, who appear to have restored the original Jebusite fortifications.

The name Zion (or Sion) appears to have been, like Ariel (“the hearth of God”), a poetical term for Jerusalem, but in the Greek age was more specially used of the Temple hill.
The priests’ quarter grew up on Ophel, south of the Temple, where also was Solomon’s Palace outside the original city of David. The walls of the city were extended by Jotham and Manasseh to include this suburb and the Temple ‭(2 Chronicles 27:3, 33:14‭).

Jerusalem is now a town with ancient mediaeval walls, partly on the old lines, but extending less far to the south. The traditional sites, as a rule, were first shown in the 4th and later centuries A.D., and have no authority.
The results of excavation have, however, settled most of the disputed questions, the limits of the Temple area, and the course of the old walls having been traced.‭
‭ 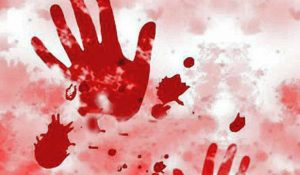