‭‭ 1. The name of Yahweh, written as YHWH has been rendered in most English Bibles as LORD, printed in small capitals. This is the proper name of the God of the Hebrews. The form “Jehovah” is retained only in the Authorized and the Revised Version in Exodus 6:3; Psalms 83:18; Isaiah 12:2, and 26:4‭.‭
‭‭ 2. The Hebrew word ‘adon, means one possessed, or one in absolute control. It denotes:
▪︎ a master, as of slaves ‭(Genesis 24:14,27)‭
▪︎ or a ruler of his subjects (Genesis 45:8)‭
▪︎ or a husband, as lord of his wife ‭(Genesis 18:12).
The old plural form of this Hebrew word is ’adonai.
From a superstitious reverence for the name “Yahweh”, the Jews, in reading their Scriptures, whenever that Name occurred, always pronounced it ’Adonai or Hashem.‭
‭‭ 3. The Greek word kurios, a supreme master, etc. In the LXX. this is invariably used for “Yahweh” and “’Adonai.”‭
‭‭ 4. The Hebrew word ba’al, a master, as having domination. This word is applied to human relations, as that of husband, to persons skilled in some art or profession, and to heathen deities. “The men of Shechem,” literally “the baals of Shechem” ‭(Judges 9:2,3)‭ These were the Israelite inhabitants who had reduced the Canaanites to a condition of vassalage ‭(Joshua 16:10, 17:13‭)
‭‭ 5. The Hebrew word seren, applied exclusively to the “lords of the Philistines” (Judges 3:3‭) The LXX. render it by satrapies. At this period the Philistines were not, as at a later period ‭(1 Samuel 21:10)‭ under a kingly government (See ‭Joshua 13:3; 1 Samuel 6:18).‭ There were five such lordships, viz., Gath, Ashdod, Gaza, Ashkelon, and Ekron. ‭

In point 2, I mentioned Hashem השם, which is the Hebrew word for “the Name”
In Judaism the name of God is more than a distinctive title; it represents the Jewish origin of the divine nature and of the relationship of God to the Jewish people and to the world.

To demonstrate the sanctity of the name and titles of God and as a means of showing respect and awe for them, the copyists of sacred texts treated them with absolute inviolability when they wrote them out or when they spoke of that God’s Name or titles.

The various titles for God in Judaism represent God as He is known through His own revelations through the prophets and Scripture authors as well as through the divine aspects attributed to Him.

The problem with many people is that they confuse titles with names.
Many take a title as a name while there is only one real Name.
That one Name is recorded in the Holy Scriptures with the Tetragammaton YHWH which is the only proper symbol for the “name of God” in the Tanakh, in the sense that Abraham or Sarah are proper names by which you name a person.
Likewise, the only True God has a Name that He Himself has made known.

While words like:
▪︎ Elohim (god or authority),
▪︎ El (Mighty one),
▪︎ Shaddai (Almighty),
▪︎ Adonai (controller, master),
▪︎ Elyon (the Most High, the Most High),
▪︎ Avinu (our father), etc.
are not names but titles, highlighting different aspects of YHWH and citing the different roles that God has.
This is similar to how someone can be called “father”, “husband”, “brother”, “son”, etc., but their personal name is the only one that can be correctly identified as their proper designation.

In the Tanakh, YHWH (Yahweh) is the personal name of the God of Israel, while other “names” are titles attributed to God.

Over the years it has become customary to speak of God as the master or lord, for which it was agreed with the local rulers in the Roman Catholic Church in the 4th Century to draw up a parable with the then principal god “Lord”, as Baal was also called.
In Judaism the word “Master” or the Hebrew word for “Lord” Hashem was preferred over the word for “Baal”, “Lord” in English. Therefore, it would still be better to use the word “Master”, “Hashem” instead of saying “Lord” which also refers to the idol Baal.

Halakha requires that secondary rules be placed around the main law in order to reduce the chance that the main law will be broken. Thus it is such a common Jewish practice to limit the use of the word Adonai to prayer only.

Many Jews extend this prohibition to some of the other titles listed here
▪︎ Adonai (אֲדֹנָי) from adon “landlord, owner”,
▪︎ Ehyeh-Asher-Ehyeh אהיה אשר אהיה (I am that I am),
▪︎ El אל (deity / divinity),
▪︎ Elah אֵלָה (Awesome),
▪︎ Eloah אלוהּ (“a god”, opposed to Allah meaning “The God” and in Aramaic (Elaha)),
▪︎ Elohim אלהים (“He is the Power (singular) over powers (plural)”) For this reason, the Trinitarians usually clearly quote the plurality of elohim as evidence for their doctrine of the Holy Trinity or Trinity. That was a traditional position, but there are also some modern Christian theologies that call it an exegetical error.
▪︎ ʻElyon עליון (“supreme”),
▪︎ Roi (El Roi) “seeing”. Until Hagar, God revealed himself as “The God who sees”.
▪︎ Shaddai [El Shaddai was the “god of Shaddai”] (a late Bronze Age Amorite city on the banks of the Euphrates River, in northern Syria.)
▪︎ Shekhinah שכינה “Sakina سكينة” (presence or manifestation of God which has descended to “dwell” among humanity)
▪︎ Yah, YHWH Tzevaot (tzevaot or sabaoth: “host”, “acting” or “armies”, Hebrew: צבאות)
▪︎ HaMakom המקום (“The Omnipresent” “Omnipresent” (literally, Space)

Likewise, Jews will add additional sounds to change the pronunciation of a name when using it outside a liturgical context. For example, they will replace the “h” with a “k” in titles or names of God such as “kel” and “elokim”.

While other names or rather titles of God in Judaism are generally limited to use in a liturgical context, HaShem has been used in more casual circumstances.
HaShem is used by Orthodox Jews to avoid saying Adonai outside of a ritual context. For example, when some Orthodox Jews make audio recordings of prayer services, they generally substitute HaShem for Adonai; some others use Amonai. [Read more about this in Stanley S. Seidner, “HaShem: Uses through the Ages”. Unpublished paper, Rabbinical Society Seminar, Los Angeles, CA, 1987.] On some occasions, similar sounds have been used for authenticity, as in the movie Ushpizin, where Abonai Elokenu [sic] has been used throughout.

THE LORD IS GOD! 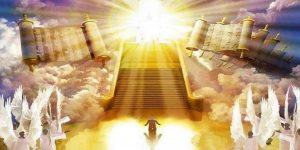 THE LORD IS GOD! 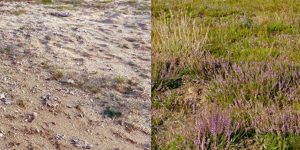